Disney Press recently started a line of childrens books that highlights the talented artists at both Pixar and Walt Disney Animation Studios. The first title in the series was No Slurping, No Burping which featured artwork by Lorelay Bove. For the second installment of the Walt Disney Animation Studios Artist Showcase, art director Andy Harkness takes the spotlight with Bug Zoo.

If you've seen a Disney animated film over the past twenty years, you've likely already experienced the artwork of Andy Harkness. He has leant his talents to many a modern classic, including Frozen, Tangled, Prep & Landing, Lilo & Stitch and Pocahontas. He wrote this original story based on his family's tradition of bug catching, a special hobby his father shared with him and that he now shares with his son.

Ben is a young boy who loves bugs. After a visit to the zoo, he gets inspired to catch lots of bugs to put them on display. But when nobody is interested in seeing his Bug Zoo, he sets out to find an extremely rare bug to be his star attraction. By the end, Ben learns that bugs are happier when they're free and also discovers something about bugs that all of his friends will enjoy.

Artistically speaking, Bug Zoo isn't what I was expecting it to be. When I opened the pages, I expected a hand drawn story that resembled concept art from any Disney art book. Andy Harkness approached this book with a much more creative approach, using mixed media that looks like clay with computer embellishments. It gives the whole book a grittier, more handmade look and I was very impressed. This is a book you and your children will want to read through multiple times if for no other reason than to pour over the artwork again.

Bug Zoo is another great addition to this fantastic series that highlights the talents behind modern day animated films. These artists don't often get the acclaim that they deserve, so its refreshing to get to spend a few minutes exploring their artwork in a more personal way than you can in the films they've touched. Andy Harkness is a true artist in every sense of the word and I highly recommend Bug Zoo to Disney fans young and young at heart. 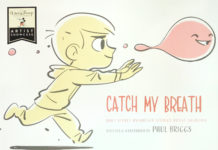 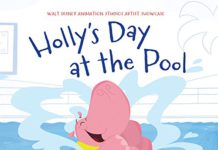 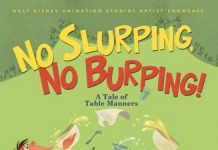