Since the advent of DVD, Disney has used Snow White and the Seven Dwarfs to launch its premium animation home video line consisting of all of the films that are routinely bouncing in and out of the “Disney Vault.” In 2001, Snow White launched the Platinum Edition line, followed eight years later by the Diamond Edition. If you’ve missed your chances to own it so far during this millennium, you now have another opportunity with the launch of The Walt Disney Signature Collection.

What is The Walt Disney Signature Collection? Disney has yet to properly define it other than to say that it will celebrate Walt Disney’s animation legacy. Does that mean it will only be used to represent films made during Walt’s lifetime? Not likely and although this release doesn’t take an opportunity to announce the next title, rumors are circulating that Beauty and the Beast is next.

As a Disney fan, it’s impossible to not put Snow White on a pedestal given its historical significance to the company and all of the great things that came from its success. But to me, the most impressive thing about the film is that nearly eighty years later, the film still holds up. It’s still immensely entertaining and touching, the characters are just as charming as they were when you were a child. The songs are as catchy as you remember, but most importantly you still root for Snow White to get her happy ending.

Unlike the Diamond Edition release, The Walt Disney Signature Collection version of Snow White only provides one physical buying option with the Blu-Ray/DVD/Digital HD Combo Pack. Disney has no plans to produce a DVD-only version and marketing has emphasized the digital release over this one. If Hollywood has it their way, this may be the last time you can purchase Snow White and the Seven Dwarfs in a tangible medium.

The Signature Collection version of Snow White and the Seven Dwarfs reuses the same HD remaster from the 2009 Diamond Edition, which I still award high marks seven years later. Colors feel more accurate than the 2001 release with lots of pastel colors that would have been authentic to the original release. Detail is so vibrant that flaws in the original print can now be seen, errors caused when the cells were originally photographed.

The DVD uses the same version of Snow White, an upgrade in video quality from the 2001 Platinum Edition. The restoration is still impressive in standard definition, but once you’ve seen all of the detail that Blu-Ray has to offer, it’s hard to overlook the softness that the DVD presentation provides.

On Blu-Ray, Snow White is offered in the same 7.1 DTS-HD Master Audio mix from the Diamond Edition. Dialogue and effects remain mostly centered, with score filling the rear speakers during songs plus a few effects coming from the rear, particularly during the witch’s chase sequence. For purists, the original mono mix is also offered. The only other language options are French and Spanish 5.1 tracks.

On DVD, the 7.1 mix is downgraded to 5.1, but all other audio options are included.

For those who already own the Diamond Edition, Disney has created 60 minutes of new bonus content for this Signature Edition. Of that, about 40 minutes are truly relevant to the film while the rest feel superfluous and a waste of time.

The following bonus features have been carried over from the Diamond Edition release, most of which were part of the larger Hyperion Studio experience on the second disc:

The only bonus features on the DVD are the two deleted scenes, which amounts to about 10 minutes. These are also two of the oldest bonus features in this release, both of which were on the 2001 Platinum Edition version.

There is one digital exclusive that can be viewed on iTunes or Disney Movies Anywhere after redeeming your digital copy.

Snow White is housed in a standard-sized Blu-Ray case with disc holders on both sides of the inner cover. The case includes a slipcover with the initial pressing which uses a matte finish for the Evil Queen and background, but high gloss on Snow White, the film’s lettering and the silver border. Inserts include a Disney Movie Rewards/Disney Movies Anywhere code that features Dopey on the sheet and an ad for Disney Movie Club.

Both discs open with ads for Disney Movies Anywhere, Zootopia and The Good Dinosaur. Selecting “Sneak Peeks” plays commercials for Disney Movie Rewards, Disney Store and Disney Parks. The menu features a blank canvas while brushstrokes reveal scenes from the film, similar to the trailer for this Signature Collection release.

Snow White and the Seven Dwarfs has once again returned to home video, this time as the premier title in the new Walt Disney Signature Collection. With some new bonus features and an assortment of previously released content, it’s a great option for anyone who doesn’t already own “The one that started it all” on Blu-Ray. However, if you already have the Diamond Edition, overall this release feels like a downgrade. 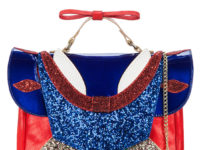