On March 13th, The Walt Disney Family Museum opened it's latest special exhibition in San Francisco called "Magic, Color, Flair: The World of Mary Blair." Guest Curator John Canemaker assembled this exhibit, which highlights work from the iconic artist before, during, and after her career at Disney through nearly 200 pieces of art. The path leading from the museum to the special exhibit hall is lined with Blair artwork or a train and banners from the light poles.

The exhibit is broken up into three sections. The first is called "Learning the Rules" which covers her student days at Chouinard School of Art in the 1930's. It features some of her rarely seen student art, influenced by her mentor Pruett Carter. Carter taught Blair that painting is similar to being a director of a film because you have to stage your characters and represent their emotions in a single shot.

There are numerous quotes on the walls, and this section includes a particularly inspiring quote from Blair: "You get an education in school and in college. And then you start to work. and that's when you learn!" Mary and her husband Lee Blair had a dream of making fine art, but they had to make money and found work in animation studios. Lee was hired at Disney in 1938 and Mary followed in 1940 as a concept artist. Some of her earliest Disney material is on display at the exhibit, including concept art from Dumbo and the planned 1941 version of Fantasia for a segment called "Baby Ballet."

The next section, "Breaking the Rules," follows her inspiration to use bold colors during the South American trip in 1941 with Disney and features concept paintings from subsequent films. Another Blair quote can be found in this section in regards to this trip: "I don't think anything specific from the trip inspired those designs other than the fact that Brazil is really a very colorful country... The costumes and native folk art are really bright and happy..." This section includes concept art from Saludos Amigos, The Three Caballeros, Song of the South, Cinderella, Alice in Wonderland, and Peter Pan.

The final section is called "Creating New Worlds" and includes her post-Disney magazine and children book work, as well as her return to Disney through partnership with WED Enterprises. Her unique hard hat and some prototype dolls from It's a Small World are included, along with artwork from the attraction, concept art for her Tomorrowland mural, and artwork for the Grand Canyon Mural at the Contemporary Resort in Walt Disney World.

John Canemaker has done a wonderful job of representing the evolution of Mary Blair's style through this exhibit while telling her story. I've always been a fan of Blair, particularly her concept art from the Disney films of the early 1950's. It was a special experience getting to see these gems in person. For those who are left wanting more, the museum has published a book by Canemaker, also called "Magic, Color, Flair: The World of Mary Blair," which is available in the museum gift shop and on amazon.com. It includes a condensed biography of Mary Blair and photos of most of the exhibits pieces. The exhibit will be on display through September 7th.

Alex is currently watching and reviewing all of Disney’s films in chronological order. You can follow along here. 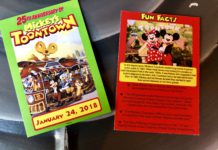 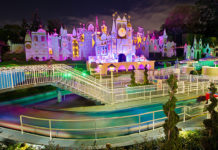