School bells will be ringing soon, boys and girls of all ages will be lining up to enter their classroom, and for some in the distant future a trip to a Disney park may happen. For others it may be a few years or never. How can a child experience the Disney magic while in their classroom?

Ridley Pearson's Kingdom Keepers will keep students of any age reading.  With vivid description of the Disney World theme parks, to hiding on Tom Sawyer's Island, and battling in the Utilidoor, Kingdom Keepers will help the imaginative and the uninterested readers want to finish the book.

The keepers are composed of five teens led by Finn, and consisting of Maybeck, Willa, Charlene, and Philby. These five students think they have been selected to be models for hologram tour guides for the Magic Kingdom, but they have become the defenders of the Magic Kingdom by crossing over to the park in their dreams. Finn wakes up one evening in the hub of the Magic Kingdom and is advised by an elderly Imagineer named Wayne, that he must unite the other Disney hosts to form the Kingdom Keepers. Together they will learn how Walt Disney created the magic that inhabits the parks, both good and evil. Now with clues from Walt himself and the guidance of Wayne, the Kingdom Keepers battle pirates and psychotic dolls from the “It’s a Small World” ride to Maleficent from Sleeping Beauty.

As a grade 6 teacher, I am always looking for new novels that connect with the kids quickly. Students need to have a hook in order to keep reading and what better way than to have a story focused on kids that battle the great Disney villains while defending the Disney theme parks. Students can identify with each of the characters, and even if a student has not been to Disney World they can still connect with the character and story through other experiences.

While studying Kingdom Keepers with my students, I have focused on reading comprehension skills such as summarization, inferencing, and  building character sketches. But the best part is, with online resources, students can see 3D maps of the locations in the story and can watch youtube videos of the rides depicted in the novel. Students won't struggle in connecting with the story - they will want to keep reading!

I wish when I was a kid in school there had been books like these. Maybe I would have cared about my reading assignments. 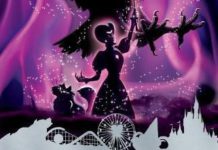 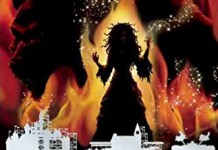 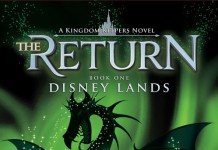