"Winds in the East. Mist comin' in. Like something is brewing an' 'bout to begin." These memorable lyrics by Richard and Robert Sherman set the tone in the beginning of the film Mary Poppins, giving audiences their first indication of the movie magic that's about to happen. To celebrate the 50th anniversary of this "practically perfect" film, Walt Disney Records has selected the soundtrack as the second installment in their prestigious The Legacy Collection.

In 1964 when audiences first fell in love with songs like "Feed the Birds (Tuppance a Bag)" and "Jolly Holiday," they were able to purchase the cast recording on vinyl from Buena Vista Records. This album, which broke sales records and maintained a number 1 spot on the Billboard charts for 14 weeks, outsold albums by The Beetles, Elvis Presley and The Rolling Stones in 1965. In addition to songs from the film winning Oscars and Golden Globes, the soundtrack album won Grammy's for Best Original Score and Best Children's Recording. This release was not quite a soundtrack, however. While some of the songs were presented exactly as they appeared in the film, most of them were altered in some way to present an experience designed solely for the ears.

Restoring the Poppins soundtrack became a personal mission for Disney music producer Randy Thornton. His first attempt was with the 1991 debut of the soundtrack on CD, which improved on the original release but was still missing many elements from the score. Finally, in 2004, he was able to obtain all of the master recordings and remaster them in time for the 40th anniversary. A bonus disc was included with this release, offering 40 minutes of recordings from the story meetings with P. L. Travers, interviews with the cast following the premier and an interview with the Sherman Brothers.

Both discs from the 40th Anniversary soundtrack have been cloned as discs 1 and 3 in this Legacy Collection release. The good news is the restoration done ten years ago left little room for improvement and the bonus disc is even more meaningful after seeing Saving Mr. Banks. The soundtrack itself is a bit of a conundrum, though. It includes some musical elements that were cut from the film due to length, but it is missing some other moments from the actual film. Dick Van Dyke's singing for the introductory "One Man Band" number is absent. Another perplexity is "Let's Go Fly a Kite," which is missing a verse from the film where the entire Banks family sings together. As a result, the soundtrack from ten years ago is nearly, but not quite, the complete film soundtrack like The Lion King release was. That's why disc 1 can be deemed "Practically perfect," but not quite the definitive release fans may have hoped for.

The new disc exclusive to this release is disc 2, which begins with eight demos by The Sherman Brothers of songs from the film. These tracks offer insight into their songwriting process and were used to entice many of the actors to sign on to the film, including Julie Andrews. Four of these were previously released on the Deluxe Edition of the Saving Mr. Banks soundtrack, but their inclusion is more fitting here. Following these demos is the "Lost Chords" section of the disc. Eight deleted songs are presented in their original demo form, followed by new recordings that attempt to create the songs as they would have been heard in the film. These new recordings were all supervised by Richard Sherman, who even plays the kazoo on one of the tracks. The deleted songs are "Mary Poppins Melody," "Admiral Boom," "The Right Side," "The Chimpanzoo," "The Land of Sand," "The North Pole Polka," and "The Eyes of Love." Disney has released a video with highlights from this release, which includes snippets of both the demo and new recordings of "The Chimpanzoo" and "The Eyes of Love." Listening to these samples should give you an indication of how magical this disc is.

To close disc 2, Randy Thornton included the version of the Overture found on the original Cast Recording album from 1964. In the film (and on disc 1) the overture fades into "One Man Band." But Iriwn Costal, who arranged and conducted the piece, had planned for it to go on longer. It's a treat to hear the full version, which ends with "Jolly Holiday."

Disc 3 allows us to be a fly-on-the-wall listening in on the story sessions between the Sherman Brothers, Don DaGradi and P. L. Travers that occured in 1961 and were part of the inspiration for the film Saving Mr. Banks. These tracks take us through the story from start to finish, including many of the deleted songs that are reproduced on disc 2. After hearing the demos and new recordings of these "Lost Chords," it's a real treat to hear how they would have fit into the finished film. This is followed by a 17-minute radio interview with the stars from the film after the world premiere on August 18th, 1964. And lastly, a 16-minute interview with Richard and Robert Sherman about working on Mary Poppins from 1989 adds more insight into the creation of this musical classic.

This release is housed in a digi-pack case with a matte finish cover. The artwork on the cover and back of the case were designed by Walt Disney Animation Studios artist Lorelay Bove, who will be continuing the rest of the series through 2015. The discs slide into sleeves at the end of the book, which fold out to give easier access. As for the book itself, it features a revised version of the notes from Randy Thornton from the 40th Anniversary soundtrack. This version is expanded to give more backstory to the P. L. Travers recordings and some more history about the songs that were cut. Next comes a section completely devoted to "The Lost Chords" by Russell Schroeder, which features a breakdown of each song, their intended use in the film and where some of the melodies were reused in Poppins and other Disney projects. Lastly is a section of concept art from the film and some of Don DaGradi's sketches from the story sessions. It's the same number of pages as the book found in The Lion King release and is a must-read. Your listening experience is incomplete until you've read this from cover-to-cover.

Walt Disney Records has another winner on their hands with the second installment of The Legacy Collection. At first glance, it may not look like a big upgrade from the last release of this timeless music, but the Sherman Brothers demos and Lost Chords belong in the collection of every Disney music collector. The handsome packaging and fantastic content in the book add extra value to this already "Supercalifragilisticexpialidocious" set. The next release in the series is scheduled for October 7th for the 55th anniversary of Sleeping Beauty. 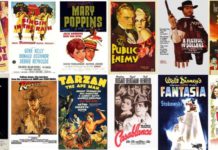