Being a huge Disney fan often leads others to question why I haven’t pursued working for the Mouse.  While I have plenty of friends who feel differently, I’ve always been under the assumption that becoming a Cast Member would ruin the magic for me.  As a result of my bias, I’ve become fascinated by those who want nothing more than to work at the Disney Parks they love so much.  That is what drew me to Sara Lopes’ “Sara Earns Her Ears: My Secret Walt Disney World Cast Member Diary” which was recently published by Theme Park Press.

“Sara Earns Her Ears” follows Lopes’ from her home in Northern California to Walt Disney World where she worked as a College Program Cast Member for five months.  This book serves as the third installment of the “Earning Your Ears” book series which previously followed the College Program experiences of Amber Michelle Sewell and Ema Hutton.  Admittedly I haven’t read the first two volumes and even wondered if there was really a market for three books on essentially the same topic.

Seemingly aware of this issue, Lopes quickly introduces readers to a world I never knew existed — a rabid and thriving network of teenagers and young adults who wish to become part of the Disney College Program.  Lopes speaks to her personal experience of pouring over pages of sample interview questions, watching hours of YouTube videos from DCP participants and hopefuls, and scouring Facebook for potential roommates before even being accepted to the program.

What struck me most about “Sara Earns Her Ears” was the emotion found in Lopes’ coming-of-age tales.  In addition to the numerous DCP success tips, Lopes shares stories that speak to the life-defining moments associated with moving away from home for the first time.  Within her DCP experience, I saw glimpses of my first job, my time at summer camp, and, of course, my numerous trips to Disneyland and Walt Disney World.

Since the stories in “Sara Earns Her Ears” are real events, they don’t always turn out perfectly.  Similarly, the book is not always perfect as there are a handful of notable typographical errors (as if I’m one to speak), a couple of factual errors (Disneyland's Space Mountain was not “the original” and there is no Mark Twain Riverboat in Magic Kingdom), and includes some redundant material (repetitive even). Despite these flaws, Lopes’ honesty and knack for unpretentious storytelling shines making the book an easy and engaging read.

Should Lopes’ prose lead you to pursue an opportunity with the Disney College Program, the back matter of the book includes sample interview questions, a packing checklist, and a roommate survey that Lopes used to turn Facebook strangers into her best friends.

“Sara Earns Her Ears: My Secret Walt Disney World Cast Member Diary” as well as other volumes of the “Earning Your Ears” series can be purchased from the Theme Park Press website or on Amazon.

Note: This review is based on an early copy of the book.  The errors referred to have since been corrected by the book's publisher. 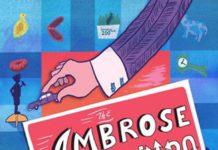 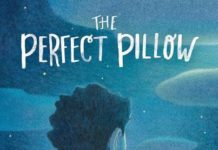