As a kid who grew up playing with Andy's toys, I can attest to the fact that the second best thing to having a great new Disney movie to obsess over was being able to create new stories with toys based on those characters. Disney Consumer Products clearly anticipated the love for the five emotions inside Riley's mind and there is no shortage of toys available, from action figures, to dolls, to Tsum Tsums and plushies.

I've always been a big fan of stuffed animals (and secretly still am), so I was happy that Tomy sent us two Inside Out plushies to review. Both are talking toys, activated by pressing a button in their left hand. All five emotions are available in this set, as well as everyone's favorite imaginary cat/elephant/cotton-candy/dolphin thing, Bing Bong.

One of the toys sent to us is Joy, one of the main characters in the film. They did a great job replicating her likeness in plushy form and her firework dress is made of a shimmery material. Her five phrases are:"Another perfect day," "I've got a great idea," "Haha we made it," "Be positive" and "C'mon, group hug." The plush is very loveable, but is a little too small to really cuddle with and her tiny torso is filled by the battery and voice box.

The other toy sent to us is easily the funniest character in the film, Anger. If you told me last year that children would be playing with a toy that featured Lewis Black's voice, I would have also visualized the world coming to an end. But here we are and I completely approve of this. Anger is much easier to transform into plush form and his likeness is spot-on. He even has a plush flame protruding from his angry widdle head. Anger has seven sayings, which are "No," "Aaaaaaaah!," "Oh, I'll show you attitude, old man," "You want a piece of this pops? Come and get it!," "Uh oh!," "Don't touch me" and "Great, this is just great."

Each talking plush retails for $19.99, which seems a bit steep. However, Disney Store has their own versions for $$29.95 and the only difference seems to be greater facial detail. But these are a nice quality for kids looking for a talking plush from the film. Bing Bong is more expensive ($39.99) because in addition to talking, he cries candy when you hug his belly. 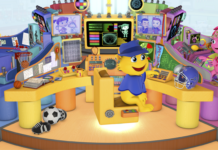 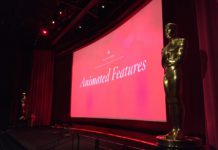 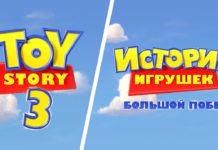