Most people don't start to decorate for Halloween until September, but Disney Press is kicking off the spooky season early on July 21st with the release of two books aimed at preschool children. Both are "touch-and-feel" style cardboard books, great for kids who love sensory play. I loved these types of books as a kid and imagine I would have enjoyed both of these. The first book is the launch of a new series called Disney Tails, which will presumably be centered around the furriest characters in Disney's animated library of films. In Figaro's Halloween Surprise, the adorable black and white kitten from Pinocchio is trying to prepare a surprise for Cleo the goldfish. Among the sensory items embedded in the pages are crunchy fall leaves, Figaro's fur, his felt nose, and Cleo's shiny fish scales. It's a cute book and the art captures the style of the film well, while giving toddlers some fun items to touch. The second book falls under the already popular Palace Pets series. For the unfamiliar, Palace Pets is a new line of toys and books aimed at girls, each pet belonging to a different princess. This book, called Pumpkin: The Puppy for Cinderella, features Cinderella's fluffy white dog who looks like she might be bichon frise. In this book, Pumpkin is having fun in the pumpkin patch, looking for the perfect Halloween pumpkin. It features touchable burlap from a scarecrow, a sparkly spider web, a foam pumpkin, and of course Pumpkin's fury bushy tail. The Palace Pets franchise appeals to a wider age range of girls and while this book is most appropriate for toddlers and preschoolers, young readers would still enjoy it. This book is shaped like Pumpkin's silhouette rather than squared off and also has two handles so kids can carry it around like a purse. 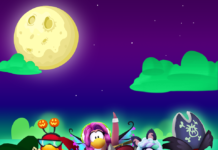 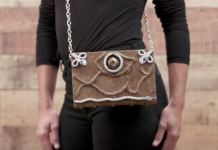 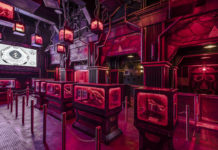 Guardians of the Galaxy: Monsters After Dark to Run All-Day on Halloween