When Walt Disney Records announced The Legacy Collection in May of 2014, they gave a list of twelve titles that would be released between June 2014 and August 2015. On August 28th, their original announcement will be complete with The Aristocats soundtrack, celebrating its 45th anniversary. Believe it or not, this is the first time the full soundtrack from this jazzy motion picture has been released.

Did you know that pre-production on The Aristocats started in the early 1960’s as a live action multi-episode story for The Wonderful World of Disney? It certainly came a long way by 1970 when it was released to theaters as a full length animated musical. With a wonderfully French sounding score by Disney great George Bruns as well as some songs and melodies by the Sherman Brothers and Terry Gilkyson, it’s an impressive follow-up from the same musical masterminds behind The Jungle Book.

Not only is this the full, complete soundtrack of The Aristocats, but it even features some musical elements absent in the film. In the movie, the song “Thomas O’Malley Cat” starts A Capella, but score was recorded for that section which has been restored here. Disc one presents all of the songs and score from the film in film order. It features a brand-new restoration and mostly sounds wonderful, although there are a few spots where the elements must have been poor and quality wanes. Some of the songs previously available, such as “The Aristocats” and “Ev’rybody Wants to Be a Cat,” were edited and are presented here in their uncensored form for the first time.

My expectations for disc two were very low based on some of the missed opportunities from previous Legacy Collection bonus discs. Since The Aristocats previously had a standalone “The Lost Chords” release with just two songs in demo and newly recorded form, that’s all I expected it to be. I am delighted to inform that it actually has two additional Lost Chords, bringing that section to a total of eight tracks. The deleted songs are “How Much You Mean to Me/Court Me Slowly,” “Pourquois?,” “My Way’s the Highway” and “Le Jazz Hot.” The first two songs were from the version of the film that Walt worked on with the Sherman Brothers before story changes and studio tensions left them out of the picture. The other two were replaced by “Thomas O’Malley Cat” by Terry Gilkyson and “Ev’rybody Wants to Be a Cat” by Floyd Huddleston and Al Rinker.

But wait, there’s more! There are five bonus tracks on this disc. When the film came out, the soundtrack that Disney released featured alternate recordings of the songs with a mostly different cast and new arrangements by Tutti Camaratta. And these versions of the songs are the ones that were reused on read-along stories for decades before the film versions were made available. “The Aristocats,” “Scales and Arpeggios,” “She Never Felt Alone,” “Thomas O’Malley Cat” and “Ev’rybody Wants to Be a Cat” are all here in alternate, super 1970’s sounding versions. They’re fantastic!

Packaging matches the rest of the cases in the series. The book’s first section by Greg Ehrbar gives some wonderful background information on the history of The Aristocats soundtrack through the years, although it does credit the first US CD release as being from 2009 when it was actually in 1996 (2009 was the mp3 release year). It also provides the amazing stories behind Robie Lester and Mike Sammes, two of the voices on the non-cast recordings from the bonus disc. Russell Schroeder’s “The Lost Chords” section provides wonderful background information for each song and leaves no questions unanswered. Randy Thornton adds a section about the process to restore the soundtrack, which is very interesting. This is followed by lyrics to the four songs in the film and an art gallery with explanations by Dave Bossert.

This is one of the nearly perfect Legacy Collection releases. The only thing they could have been done differently is to include Eva Gabor’s speaking version of “She Never Felt Alone.” Disc one offers an instrumental version of the song since Eva Gabor doesn’t sing while disc two has the Robbie Lester version, the only version ever released on all versions of the soundtrack (including the 1996 US release). But other than that, I can’t fault it in any way.

Walt Disney Records recently announced that this is the end of The Legacy Collection line. While each release has varied greatly in quality, The Aristocats is a wonderful release and ranks towards the top of the series in terms of quality and completeness. It earns my highest recommendation and is a must-have for any Disney music collector. 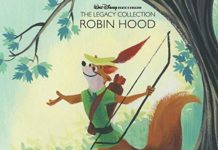 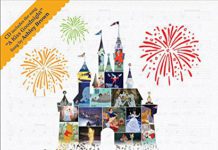