The Muppets are back on TV!!!! Or as one of my favorite Muppets, Pepe, would say: "The Muppins are back, hokay?" This new sitcom starring some of televisions most famous puppets premieres on September 22nd at 8:00, where ABC has positioned it as the lead-in for their Tuesday night lineup. And just in case you miss it, there will be an encore performance of the pilot on Friday at 8:30. But I can tell you right now, you don't want to miss this.

While this new series instantly feels different than past Muppets projects, it also feels satisfyingly familiar. Similar to the way The Muppet Show highlighted the backstage antics behind their weekly variety show, The Muppets focuses on backstage life at their newest TV hit, Up Late with Miss Piggy. And while it doesn't go out of it's way to call out the fact that they have guest stars, they surely do. In the premiere episode, "Pig Girls Don't Cry," tensions are high as Piggy and Kermit strive to find balance in their work life now that their off-screen romance is kaput. In one of Piggy's diva fits, she mandates that Elizabeth Banks not be allowed to be a guest on her talk show, but when Banks shows up anyways, everything blows up (not literally). Fans of the 10-minute pitch reel will be happy to see a handful of those jokes repeated, but it's mostly brand-new, never-before seen content.

One of the things I particularly loved about the pilot was the way it pokes fun at the network, ABC. It's a running gag that worked wonders on shows like The Simpsons on Fox and 30 Rock on NBC. I've never seen ABC poke fun at itself and it's wonderfully done here. Be prepared to laugh about the "stars" on Dancing with the Stars in the first episode, after which you only have to wait through Fresh Off the Boat to get to that show. Compared to the pitch reel that Disney released, I felt slightly underwhelmed by the pilot. The pitch reel offered a laugh every 30-seconds or so, but it would be unfair to ask a series for the same amount of comedy (we'd all have abs of steel by the end if they did). However, Disney allowed me an early preview of episode two, "Hostile Makeover," which brought the series back up to the level I had expected. Josh Groban guest stars, resulting in the most hilariously understandable phrase that Swedish Chef has ever uttered! I can't wait for the rest of the world to see it so we can all laugh about it together.

One thing needs to be made clear: This series is aimed at adults. If I were a parent, I probably wouldn't let my kids watch it until they were out of that "repeat everything I hear" phase. I can attest to the fact that the jokes are over kids heads, but there are certainly some things said that you'd be embarrassed to hear them repeat outside the home.

I'm so happy that The Muppets is finally here! Prior to seeing it, it was my most anticipated new series of this season. Now that I'm two episodes in, I'm hooked for life. One thing's for sure, Tuesday nights will never be the same again! 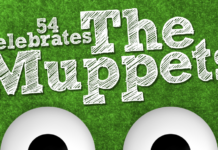 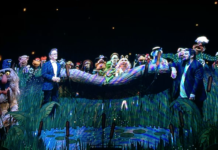 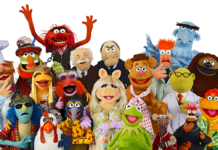