Captain EO's last day of operation in a Disney park is December 6th at Epcot (unless Disney decides to once again bring it back in the future). Yahoo recently did a really wonderful oral history style article, The Making of Captain EO, on its production with comments from Michael Jackson, director Francis Ford Coppola, the Queen Anjelica Huston and several others who worked on it. Among the items brought out in the piece that you may not have known (I didn't).... 1. On a dollar per minute basis, Captain EO was the most expensive film ever made at that time costing somewhere between $17 and $30 million for the 17 minute film 3. Coppola came up with the name "EO" as a take off on Eos which is Greek for "dawn and light" 4. Shelly Duvall of Popeye fame was the first choice to play the Queen, but she was too claustrophobic for the extensive makeup requirements 5. When Anjelica Huston was chosen, she was a relative unknown. The film that would bring her to fame and win her an Academy Award, Prizzi's Honor, was released a few weeks before Captain EO began shooting.

6. The original plan was for Shelly Duvall to be transformed into a black woman at the end. But with Huston they kept the same actress and just removed the makeup. 7. Disney was concerned that Michael Jackson's speaking voice was too high for the role and they considered altering it or even replacing it. But no one had the guts to tell Michael they couldn't use his voice so they stuck with it. 8. Disney was concerned about the crotch grabbing Michael Jackson was famous for and tried to edit around it, but it was too prevalent to get rid of. 9. Though the film was loved by audiences, critics disagreed. Captain EO tried to be something more that just a music video, but the LA Times wrote: "For all its wondrous imagery, Captain EO is nothing more than the most elaborate rock video in history: Like a hollow chocolate Easter bunny, it’s a glorious surface over a void. No one expects an amusement-park diversion to be Gone With the Wind, but given its production team credits and the film’s lavish budget (rumored to be between $15 million and $20 million, although Disney refuses to release any figures), audiences have a right to expect more than empty flash." 10. George Lucas was working on several things (ILM, early Pixar, a divorce) during its production and was barely involved, only giving suggestions here and there on his relatively rare visits to the set.

Who know if Captain EO will once again rise up and "Go In" again. But if it doesn't, at least now we have YouTube to help us through the loss. And, of course, Yahoo's awesome article. 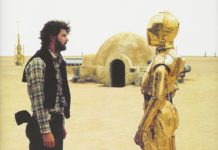 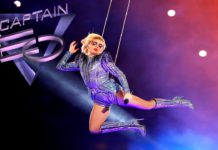 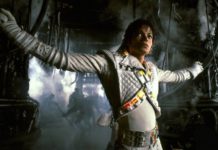