The animation process has always fascinated me and is my favorite medium for storytelling. Whether it is traditionally hand-drawn, CG, or stop-motion, the emotional exchange that happens between these characters )who are technically a series of still images in sequential order) and the viewing audience is pure magic. I can’t discount how much of the emotional connection depends on the use of great storytelling, which Ronnie Del Carmen shared with us here. But as I am captivated by a memorable story, I also like to see and believe in the souls of the characters on screen. I believe that the presentation of the soul of a character can be accomplished through the use of beautiful animation and if I needed any more proof, I think back to my favorite Walt Disney animated feature film, Dumbo, and appreciate how I felt so much emotion from a hand-drawn elephant with big ears who didn’t say a word. Or Andrew Stanton's unforgettably charming Wall-E from Pixar Animation Studios.

I admit that I am usually so engaged in the story that I am not overanalyzing the production, which I think is a success in great storytelling and animation, but sometimes I like to remind myself that each frame, typically 24 frames per second (FPS) for animation, is a uniquely created piece of art. Each animator creates an image that follows the previous image which will ultimately fill in 24 frames per second, 60 seconds per minute, and 60 minutes per hour. For the average hour and a half film, 129,600 frames are uniquely animated to help bring the story to life.

Animation is in a constant state of evolution, with a majority of today’s efforts being delivered through computer technology. For a recent presentation at The Walt Disney Family Museum in San Francisco, CA, animator James Baxter wanted to duplicate the process that The Walt Disney Studios used during the production of their classic films. That process was primarily hand-drawn animation and Baxter planned to animate a small sequence by hand and replay it for the audience so we could all see the creation come to life. James Baxter’s first project for The Walt Disney Studios was 1988’s Who Framed Roger Rabbit. He continued to work on various different feature films, including The Little Mermaid, Beauty and the Beast, The Lion King, and Enchanted (James Baxter Animation). James has recently been working on different projects for DreamWorks Animation.

Baxter’s art easel was setup in front of the audience and projected onto a large screen for all to see. After a brief introduction and summary of what the goal of the day was, Baxter began passing around a large, 200+ page flip book of a Milt Kahl animation sequence from The Walt Disney Studios’ 1967 release of The Jungle Book, featuring King Louie, as another way of presenting the classic animation process. It was incredible to see these images up close and to realize that what we see in the film is the creation from the hand of an artist.

Rafiki from The Walt Disney Studios’ The Lion King (1994) was the primary character chosen for Baxter’s presentation, a character that Baxter was assigned as Supervising Animator during the production of the film. Baxter asked for the guests’ suggestions of what Rafiki should be doing in the new animation sequence. After a number of creative suggestions, Baxter liked the concept of Rafiki swinging in from the top right corner, hanging on a branch, reaching for a banana, and landing in the bottom left corner. Baxter’s first step was to research the action, the character, and the sequence and plan it all out in his head. He then created thumbnail sketches to map out the shot on paper, highlighting the “key shots” of the action sequence. In this particular case, Baxter started with the banana and then Rafiki reaching for and grabbing the banana. Once the mapping and the rough sketches had been created, it was time to progress with the animation of the entire sequence. The principle of animation considered for completing the sequence were the methods of “Straight Ahead” and “Pose-to-Pose”. Straight Ahead animation is the process of drawing the first frame and animating each of the subsequent frames through to the completion of the entire sequence. While it can provide more fluidity and freedom in movement, it is hard to maintain proper proportion in an action sequence. Pose-to-Pose is when the animator draws the major points of the animation sequence, including the final pose, and then goes back and draws all of the in-between frames in order to create a full action sequence. This method provides the most control since the animator has an idea of what the end result will be and works backwards to get there. Pose-to-Pose is the method that James Baxter decided would be best for this Rafiki sequence. As Baxter started to animate a few key poses of Rafiki in action, swinging from the branch, mid-swing with an emphasis on the reach, grabbing the banana, and landing on the ground, he shared how his favorite scene to animate was the kung-fu action scene of Rafiki against the Hyenas in The Lion King.

He then went back for the in-between frames and opened it up for an interactive conversation while he completed the animation.

Baxter said that the voice actors’ personalities sometimes come out in the animation but very rarely for animals. He still draws a lot more now that he primarily animates in CG. His first love is 2D animation so he likes to do that on the side.

Baxter emphasized how the number one sin in animation is to not communicate. He went on to explain that communication is achieved in the exaggeration of movement and poses. The animator can lead the eye and where the audience looks.

While Baxter says his favorite character to animate may have been Rafiki, he has also enjoyed animating the princesses. The most difficult to animate for him was Spirit (DreamWorks).

Baxter explained a little bit about the timing process and how Pose-to-Pose assists with ensuring that certain points hit. With 24 FPS, Baxter planned to animate Rafiki grabbing the banana on frame 18 or 19 and swinging on frame 11. It is the responsibility of the in-betweener to control timing with proper spacing and frequency of movement. In-betweeners are usually busy flipping through each of the frames. The same process is applied in CG animation and there are some applications that allow the computer to complete the in-between frames auto-magically. Transitioning from 2D to CG animation was tricky for Baxter, feeling as though the animator is at the mercy of the computer system or “Rig”. If the rig is not capable of accomplishing a certain movement or expression, the rig is sent back to the developers to be updated and fixed. Overall, Baxter likes where animation has evolved to but does not necessarily agree with how some techniques have been discarded. In regards to syncing the dialogue with the animation, Baxter suggests that it is best to have an understanding of mouth movement and the shapes of the mouth when in use. It’s best to anticipate what the word or letter will be and it’s best to be ahead of the delivery. He suggests spending six frames preparing the mouth for what is about to be said, otherwise it will look like it’s late.

Baxter had his own studio for three years in Pasadena, CA, James Baxter Animation, and is currently animating at DreamWorks Animation. He loves to animate fabric and can usually animate one second per day. His greatest influences are Milt Kahl, Frank Thomas, Ollie Johnston, Ward Kimball, and Marc Davis. More on these famous Disney Legends and the rest of the Nine Old Men can be read about here.

James Baxter completed the very brief little animation sequence of Rafiki swinging on the tree to grab a banana and landing on the ground within a 90 minute period. He then used the following 30 minutes to capture each frame. Putting it all together, the sequence was a short but very beautiful piece of art. Seeing it come to life from its birth was a magical experience. Unfortunately, the use camera and video recording was prohibited so I could not capture the animation to share but this link provides a good idea of a similar process for a Rafiki sequence from The Lion King as animated by James Baxter.

To wrap up the presentation, Baxter provided some advice for animators in the audience: “It’s All About The Work!” Get a reel together and be persistent about getting your work in front of the right people. Learn your craft.

Regarding your portfolio development: Don’t make it too big, include Life, Gesture, and Animal drawings. Include visual development painting and, of course, animation. 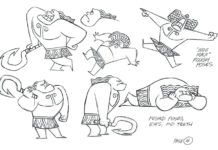 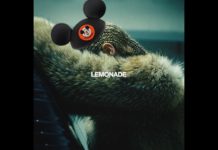