If you're a fan of Disney animation or musical theater, than you surely know the names Alan Menken and Stephen Schwartz. If you were to combine their separate theatrical works, you would end up with a list of projects that includes Godspell, Little Shop of Horrors, Pippin, Beauty and the Beast, Wicked and Aladdin. For Disney films, the pair has teamed up several times on Pocahontas and Enchanted, but it is their Hunchback of Notre Dame score that stands out as one of the finest collaborations either composer has ever produced.

In 2014, Disney Theatrical produced an American stage production of The Hunchback of Notre Dame that played in San Diego, CA and Millburn, NJ. While the show wasn't Broadway bound (for more information, read my review), the project had enough buzz that Disney was willing to license it to Ghost Light Records. The original cast was reunited for this professional recording which is now available digitally, with a CD release scheduled for February 2nd.

If the only version of Hunchback that you know is the Disney version, then I highly recommend reading the synopsis included with the booklet in this release. It does a great job of taking you through this version of the story, which more closely follows Victor Hugo's original novel, and lets you know the context for each song. In short, this is not the family-friendly animated version.

The songs from the film are breathtakingly repeated by this cast. "The Bells of Notre Dame" still opens and closes the show and doesn't lose any of its gusto, even with a smaller orchestra and chorus than the original film version had. New melodies are introduced within many of the songs from the film. "Topsy Turvy," for example, is split into two parts with new songs written for Phoebus and Esmerelda that take place during the street fair. As in the film, "God Help the Outcasts" is one of the most memorable moments and Ciara Renee's version rivals Heidi Mollenhauer's. "Heaven's Light/Hellfire" are split into two tracks with gapless playback here, the latter a major showstopper in this production and the highlight of Patrick Page's performance as Claude Frollo.

Three new songs are able to hold their own against the classics from the animated film. "Top of the World" is a beautiful duet between Esmerelda and Quasimodo. "In a Place of Miracles" is a bit reminiscent of "All I Ask of You" from The Phantom of the Opera in that Esmerelda and Phoebus confess their love while Quasimodo heartbreakingly observes their romance. But my favorite new song is the Act 1 finale, "Esmerelda." The song is juxtaposed between Quasimodo, Phoebus and Frollo as they each sing about the woman who has captured their hearts.

Not all of the new songs are golden. "Tavern Song (Thai Mol Paiyas)" sounds more frenzied than the rest of the score and the lyrics feel less inspired. "Flight into Egypt" isn't as bad, but also feels a little out of place thematically. If you glance at the track list, it looks like there are more new songs as well, but many of them are brief, reusing other melodies so that the chorus can explain what's happening. Examples include "Into Notre Dame," which reuses the theme from "Out There," plus "Justice in Paris" and "While the City Slumbered" which are both extensions of "The Bells of Notre Dame."

While not a new song, the end credit Boyz 2 Men anthem "Someday" is included twice here, first as a duet between Esmerelda and Phoebus when both are imprisoned and then again towards the end of the show. It's a beautiful ballad and I love that it's included, although references to the "millennium" seem odd for a story that takes place during the reign of Louis XI. Audiences in 1997 were eager to see what the year 2000 had in store, which is why the lyric makes sense during the end credits, but I wonder if it shouldn't have been modified to better fit the show.

The final track, "Finale," is a 14-minute long extravaganza. The ensemble sings much of the latin choral pieces found in the climax of the film, but it also features reprises of "Flight Into Egypt," "Top of the World," "Esmerelda," "Out There" and "Someday." But in the end, it lands on the finale of "The Bells of Notre Dame." It's a chilling conclusion.

The only problems that I have with this recording are the same problems I had with the show as well. The most distracting is Michael Arden's back-and-forth portrayal of Quasimodo, who can barely get his words out with a speech impediment, but switches to an amazing singing voice. The disparity is too great and I wish he would have settled somewhere in the middle rather than the extreme opposites in the show (and this recording). I also disagree with the decision to kill Esmerelda, which makes for a very unsatisfying conclusion. Disney's adaptation is not the only one to let her live, in fact the 1939 live action version is heralded as the best film adaptation of The Hunchback of Notre Dame in which Esmerelda is pardoned and freed following Frollo's death.

Overall, The Hunchback of Notre Dame Studio Cast Recording is a wonderful representation of some of the finest work by Menken and Schwartz. The music was the highlight of the show and while I agree with Disney's decision not to take it to Broadway, I'm happy that they were able to produce this album. If you're a fan of either composer or of the Disney film, I highly recommend this release. 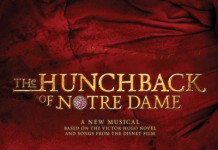 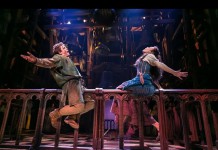 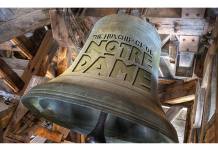