WARNING: Potential spoilers ahead for everything leading up to tonight's finale. If you haven’t seen the latest episodes, you might want to get caught up before reading.

Gravity Falls comes to a close tonight and, honestly, I don’t know how I feel about that. Series creator Alex Hirsch had intended for the story to have a beginning and an end, not to continue running indefinitely — this was all part of the initial plan. But still, I will miss the show.

To me, the majority of what are considered “television for kids” these days are saccharine and treat its audience with “kid gloves,” avoiding tough subjects and anything that could be considered scary or questionable. The shows are mind-numbing for the older audience in the room. Then came Gravity Falls.

Gravity Falls is this era’s Calvin and Hobbes. It is not so much that the plots are similar but both share an emphasis on curiosity, mystery, and wonder, plus a bit of danger (whether real or imagined). Both titles can be enjoyed equally by kids and adults. And like Calvin and Hobbes, a good portion of the jokes are actually intended for the later, a point referenced in Season 2, Episode 13 - “Dungeons, Dungeons, and More Dungeons”:

Ford: Hey, at least I am not all keyed up to watch a kid’s show.

Stan: I’ll you know that Duck-tective has a big mystery element! And a lot of humor that goes over kids’ heads!

The show knows how to laugh at itself. Characters make self-aware observations about situations and themselves. For example, Old Man McGucket’s comment about his appearance during Season 2, Episode 7- “Society of the Blind Eye”:

McGucket: Why does my beard have a bandage? Does that even make sense? Why has no one pointed that out? After months leading up to revealing the identity of the author, the mystery was cracked. The only issue was that the hardcore of the fan community had long since solved that one. They were hoping for more than just an “unmasking” at the Season 1 finale and were left hanging. Alex Hirsch and his team later made reference to their response at the end of “Dungeons, Dungeons, and More Dungeons”:

Mabel: He [Duck-tective] had a twin brother all along? That’s the big twist we were waiting for?

Grenda: What a rip-off! Season 1 finale’s revelation also brings up a quality just as valuable as the show’s smart humor; it makes its audience think. I don’t mean “think” as in “ponder the moral of the story.” As a viewer, you are given clues to future episodes with objects in the background (like Ford’s glasses in the hidden room from Season 2, Episode 16 -“Carpet Diem”) and subtle cues, both visual and spoken. For goodness’ sake, at the end of every episode, there are codes in the credits and the last image before it fades to black (you need to pause to get a good look at the latter). It is a puzzle and a show, all in one. And just like the Pines twins, for every piece of the puzzle found, a sense of something bigger looming grows.

Because of thes qualities, I adore Gravity Falls. There just isn’t any other show like it on TV. Also, I want Mabel’s sweaters. All of them. 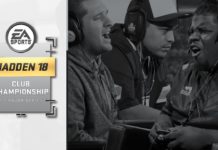