On Monday, April 4th, Hollywood played host to the world premiere of Disney's The Jungle Book. Many of the cast and creative team were there to celebrate their achievements, but so were some talented members of the Disney community.

Stuck in the Middle

Most of the cast of Disney Channel's newest comedy Stuck in the Middle were there to see Disney bring an animated classic to life. Nicolas Bechtel plays Lewie on the show and shared some of the off-set fun that happens behind the scenes of the show.

That Oreo prank sounds so gross! When his onscreen sister Ronni Hawk came down the carpet, I couldn't resist the chance to find out if she had anything to do with the prank.

At least two of the cast members from Stuck in the Middle were innocent. Ariana Greenblatt and Malachi Barton play the youngest Diaz children, Daphne and Beast. But even though they didn't put the deodorant in the Oreo, they still knew all about it.

Isaak Presley, who plays Ethan, was the unfortunate prankee behind the Oreo joke. When he made his way down to our spot on the red carpet, I had to find out what it tasted like. Prepare to be disgusted by his reaction:

Jenna Ortega plays Harley, the middle child and main character on Disney Channel's Stuck in the Middle. It turns out that she and her siblings were the masterminds behind the Oreo prank. Her face when I mentioned it prove that while she may seem innocent, she really got a kick out of pranking Isaak.

In addition to playing pranks on each other, the Stuck in the Middle cast were incredibly excited to see Disney's The Jungle Book at the historic El Capitan Theater.

Freeform's Shadowhunters was a breakout hit this winter when ABC Family rebranded itself. Katherine McNamara plays Clary, the main character on the series. We asked her about her favorite parts from season 1 and also which Disney character she would like to play in a future live action adaptation of a Disney animated classic.

Director Jon Favreau, Sir Ben Kingsly, Lupita Nyong'o and Neel Sethi were all at the premiere of their movie. However, we were so far down the red carpet that by the time they got to us, the movie was about to start and they didn't have time for interviews. But we did get a chance to speak with composer John Debney, who not only lends his talents to The Jungle Book, but has also made his mark on a series of Disney Afternoon shows as well as the score from Hocus Pocus, The Princess Diaries and The Emperor's New Groove.

John Debney also talked about Fantasound in his interview. To find out what all these Disney stars are so excited about, be sure to check out The Jungle Book when it hits theaters April 15th. 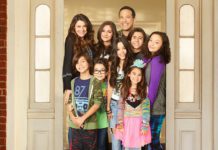 Disney Renews Stuck in the Middle, Bunk’d, and Walk the Prank 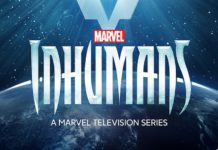 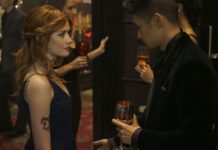