Dancing with the Stars kicked off its annual Disney Night last night. This is when the remaining couples do a variety of dance routines to songs from Disney films and it’s a very popular and anticipated event for the show. For this special episode they had singer and actress Zendaya assist with judging and all her feedback was very positive and helpful to all the contestants.

Warning: the following will contain results for week 4 of Dancing with the Stars

Starting off the night was Antonio Brown and his partner Sharna Burgess dancing Jazz to "Friend like Me" from Aladdin. They scored 35 out of 40, just 5 points shy of a perfect score which no couple has yet to achieve.

Following up was Marla Maples and Tony Dovaloni waltzing to "Part of Your World" from The Little Mermaid. They scored 28 out of 40.

Nyle Dimarco danced a samba with his partner Peta Mergatroyd to "Trashin' the Camp" from Tarzan. It got rave reviews from judges scoring a 34 out of 40!

Up next was Doug Flutie and Karina Smirnoff performing a Jazz number to "A Spoonful of Sugar" from Mary Poppins. They received a 24 out of 40 but was informed they were safe to go through to next week. Viewers were also treated to a special treat of seeing Disney Legend Richard Sherman, one of the composers for Mary Poppins and many other Disney classics, in the audience! Next Kim Fields and Sasha Farber danced a quickstep to " I Wanna Be Like You" from The Jungle Book, a tie-in for the live-action Jungle Book film set to premiere in theaters this coming weekend. The couple scored a 32 out of 40 and judges were in love with the enthusiasm in the dance.

Jodie Sweetin performed a Cha Cha with her partner Keo Motsepe to "Try Everything", a song from Disney's latest hit Zootopia. After the performance, Sweetin said she couldn't hear the song which affected her performance and her disappointment showed. They scored a 27 out of 40 and the couple was one of the few that were in jeopardy at the end of the night.

Following this number was Von Miller and Witney Carson danced a beautiful Viennese waltz to "A Dream is a Wish" from Cinderella. They got a 32 out of 40 and judges were impressed by how graceful the dance was performed.

Ginger Zee and Val Chermkovskiy danced the most technical routine of the night according to the judges. A foxtrot to "Belle" from Beauty and the Beast which scored 36 out of 40, the highest of the night.

Wanya Morris and his partner Lindsay Arnold danced an amazing samba to "'Circle of Life" from The Lion King. They received 35 out of 40 and astounded the judges but Carrie Ann was quoted saying, "You over-danced it a bit in the beginning."

The final couple of the night was Paige VanZant and Mark Ballas dancing a quickstep to "You've Got A Friend in Me" from Toy Story. The creativity of the dance earned them a 36 out of 40 and thus tying for first place! In the end, everyone was safe except for Jodie and Keo and Marla and Tony. Sadly, Marla and Tony were the couple to unfortunately sent home this week. Still, it was another very successful and entertaining Disney Night on Dancing with the Stars! We look forward to the rest of this season and more Disney Nights in the future. 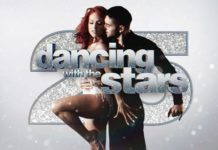 Dancing with the Stars to go All-Athlete in Spring 2018 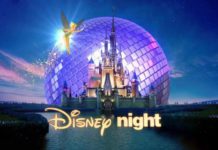 Disney Night 2017 on Dancing with the Stars 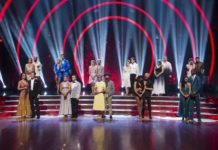 Disney Night Returning to Dancing with the Stars