Once again, Liz Braswell offers a deeper look at a classic Disney fairy tale with Once Upon a Dream - A Twisted Tale. Last Fall, she explored Aladdin as if Jafar got the lamp in the cave of wonders in A Whole New World. This time around, her attention is focused on Sleeping Beauty, giving Maleficent one last trick up her sleeve.

With the dragon defeated, Philip climbs his way up to the highest tower where Aurora lays in an enchanted sleep. But when his lips touch hers, he falls to the floor in the same death-like curse. Travel inside Aurora's dream world where Maleficent is still very much alive and has created an alternate past for the kingdom. Aurora has no memories of her previous life and believes the world Maleficent has created is real, one in which Maleficent is queen and her parents have been locked away. Maleficent is a hero, real world heroes are villains and all are forbidden to leave the castle, under the misguided belief that the surrounding forest is dangerous.

Minutes in the real world are like days in the dream, but if Maleficent can keep Aurora asleep long enough she can take over her mind forever. Time is of the essence as Aurora discovers the hard to understand truth about her kingdom's queen. Stakes are high as anyone who dies in the dream world dies in real life, too. The entire kingdom depends on Aurora discovering her repressed memories of the real world and rising up against Maleficent.

Braswell explores some deep philosophical and psychological themes in Once Upon a Dream as Aurora pieces together who she is based on memories from her life before the curse and the fake memories Maleficent created for her. As a result, Aurora's character has been changed. It takes a little getting used to, as she now has some dark thoughts that you would never expect from one of Disney's most graceful and refined characters. Thankfully all of the other characters are faithful to their film counterparts. Any concerns that Maleficent has grown soft like Angelina Jolie are quickly put to rest when Maleficent begins murdering innocent people to gain energy.

A Whole New World felt like Aladdin crossed paths with The Hunger Games. In Once Upon a Dream, there are elements that feel inspired by both The Matrix and Harry Potter. When the fairies put the entire kingdom to sleep, all of the residents become connected to Aurora's dream, living inside of it with her. In terms of how the defeated Maleficent could appear in Aurora's dream world, the explanation is similar to the way Voldemort became a part of Harry Potter. And at times, the entire book feels like the King's Cross chapter of Deathly Hallows expanded into its own book.

I really enjoyed this deeper exploration into the world of Sleeping Beauty. If I have one complaint, it's that some of the themes become a little too modern. I'm all for girl power, but it becomes overdone when a character as graceful as Aurora dons a suit of armor and wields a sword. Aurora's strength is put to the test in every aspect, both mentally and physically, and the last part felt unnecessary.

This is the second in the Twisted Tale series and I've enjoyed both books so far. Of the two, Once Upon a Dream offers a more compelling twist. This series is targeted at teenagers, but offers a fun read for adult Disney fans. Looking ahead, a third book in the series is already scheduled for release this fall that will put a new spin on Beauty and the Beast. 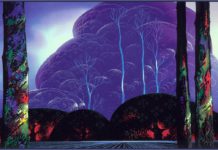 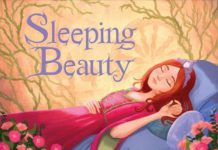