Captain America: Civil War will swallow the global box office and spit out billions of dollars into the Walt Disney Company coffers this week. The success of this movie is a forgone conclusion with the opening weekend expected to exceed $190 million dollars. It seems like Disney can, with only a few exceptions, open big budget mega movies. A hero dressed in a flying iron suit that fought the Nazi’s in the glamorous 1930’s Hollywood, California, how could it not succeed? Bill Campbell plays the heroic Cliff Secord as he struggles to find meaning in his life and to use the newly found rocket. Alan Arkin is a great comic relief and as the story progresses and Cliff has to rescue his girlfriend, played by Jennifer Connelly. You can’t help but route for Cliff. Playing off the serialized pulp movies of years past, this movie had everything in it, from science and real life characters like Howard Hughes, to Timothy Dalton playing Hollywood leading man Neville Sinclair who happens to be a secret Nazi agent. The final battle scene as Cliff fights with Sinclair on a zeppelin over Hollywood, while gangsters led by Paul Sorvino join forces with FBI agents to battle Nazi soldiers, is so ridiculous, that it’s awesome to watch. Having taken $35 million dollars to make, and only earning $46 million domestically, there was no sequel for the first flying hood ornament. The Rocketeer does have a 61% rating on the Tomatometer and a 64% audience rating. Based on the 1930’s comic hero, Chester Gould’s heroic lawman was prime for cinematic adaptation with Oscar winner Warren Beatty starring in and directing the film. Disney was so sure they would have a multi-franchise success that plans were announced before the movie opened that Dick Tracy: Diamond Double Cross would soon be entertaining the masses at Disney-MGM Studios in Walt Disney World. Dick Tracy not only had Warren Beatty leading the film but also Al Pacino as the villain Big Boy Caprice and supporting roles for Madonna and Dustin Hoffman. Though it is an enjoyable trip through the classic detective stories that populated so many comics and books from seventy years ago, audiences did not fall in love with Dick Tracy. The production budget was $47 million dollars and it earned a domestic box office of $103 million dollars. From the foreign box office came another $59 million dollars and Dick Tracy actually made a decent profit, although it wasn’t enough to guarantee a sequel. Even Dick Tracy: Diamond Double Cross didn’t last long enough for me to see it at Disney-MGM Studios. Of course, the reason why we haven’t gotten a sequel to Dick Tracy could be blamed on star and director Warren Beatty. At the recent CinemaCon, Beatty mused that he would like to bring Dick Tracy back to movie screens in a sequel. By Beatty’s standards, he’s serious but slow about developing projects. Beatty shouldn’t wait too long, he just turned 79. Dick Tracy currently holds a 64% on the Rotten Tomatoes Tomatometer and a 53% audience score. I would love to see a sequel to the yellow fedora-wearing detective, but shouldn’t it be rebooted?

Prince of Persia: The Sands of Time In the lull between Pirates of the Caribbean: At World’s End, and Pirates of the Caribbean: On Stranger Tides, there was Prince of Persia: Sands of Time. Released in 2010, this movie had the formula for success. It was being produced by Jerry Bruckheimer, who was making the Walt Disney Company billions of dollars with Pirates of the Caribbean. The movie was action heavy with a strong male lead in the form of Jake Gyllenhaal and it was based on one of the most popular video games of the time. What could go wrong? Released for seventeen weeks, and accumulating over $336 million dollars at the global box office it did not see a sequel. With a production budget north of $200 million dollars and reviews that complain of a lack of focus the planned franchise that would bring Jake Gyllenhaal back to wander the desert of Persia never happened. Though Gyllenhaal was ready to reprise his role in the movies, Prince of Persia was shelved. It currently has a 36% score on Rotten Tomatoes Tomatometer and a 58% audience score. Jerry Bruckheimer strikes again. Only this time he brought the director of the first three Pirates movies, Gore Verbinski, and the star, Johnny Depp, with him. Based on the classic radio and television series The Lone Ranger, this 2013 summer tentpole extravaganza would finally bring to the screens the story of John Reid and his friend Tonto, and how they brought law to the lawless Wild West. Trouble during filming started the long list of bad publicity for this film. From Depp almost being killed by horse to the movie being shut down for a short time over budget concerns, The Lone Ranger became a public relations disaster. Questions about why a Native American actor didn’t play Tonto instead of Johnny Depp dogged the production. By the time it reached the theatres, The Lone Ranger was bound to fail if it wasn’t perfect. And it was not a perfect movie. Though I enjoyed it, the issues that many people from critics to audience members had were wide. Although Armie Hammer and Johnny Depp make a great team on screen, the scripta nd the action heavy pieces drew a lot of criticism. Did we really need to see William Fichtner eat John Reid’s brother’s heart? No. With a worldwide box office gross of over $260 million dollars and a production cost of over $215 million dollars, The Lone Ranger would spawn no sequels. The Rotten Tomatoes Tomatometer gave The Lone Ranger a 31% score and a 51% audience score. Even Pixar geniuses don’t guarantee a successful movie. Andrew Stanton, the maestro of Finding Nemo was making his first live action movie. His choice was based on a successful series of science fiction books from author Edgar Rice Burroughs, the man who gave us Tarzan. The Barsoom stories which had the America John Carter living on the fictionalized Barsoom, Mars, had heavily influenced science fiction filmmakers like George Lucas. John Carter has everything going for it with heavy action in grand scale battles. This should have been the start of Disney’s next great science fiction opera. But it failed. With a budget of $250 million dollars and a final gross of $284 million worldwide, John Carter was a bust. The weeks leading up to its release saw a series of poor marketing choices, including confusing Super Bowl ad which didn’t really tell anyone what the movie was about. The original title of John Carter of Mars was scratched because apparently moviegoers didn’t connect to movies that had Mars in the title. Has anyone seen Mission to Mars and Red Planet? The Tomatometer has John Carter at 51% and a 60% audience score. This could have been a great film and it didn’t fail because it took place on Mars. Audiences have proven they will watch a movie set on Mars, it just has to be a good movie, like The Martian.

Each movie could have opened up a whole new world to explore in movie format. From theWild West, to Hollywood in the 1930’s, far away Persia, the gritty streets of underworld criminals, and across the galaxy on Mars. If you watch these movies with the intention to escape from reality for a couple of hours, then you will find success with any of the above movies. I would even buy all of these movie... provided they were not full price 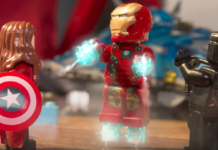 Captain America: Civil War Get As Told By LEGO Treatment 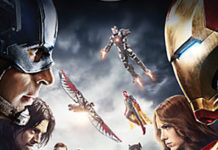 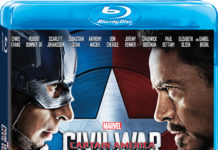