I am always giddy at the release of a new Rick Riordan novel. As I made my way down the book store isle to buy The Trials of Apollo: The Hidden Oracle, I was passed by an excited young girl searching for her copy. She scooped up the book and ran back to her mom before I even found the section. I could hear her say to her mom in the distance, “See I told you it was here.”

Rick Riordan’s world of mythology, Greek Roman or Norse, is brought to life in the modern world with memorable characters like Percy Jackson, Magnus Chase, and Jason Grace. They are books I cannot stop reading and I’m sad when the book is over. As I purchased my copy of The Trials of Apollo, I knew I could rely on Riordan to deliver a great story and he didn’t disappoint. In The Trials of Apollo the god of archery, prophecy, and healing has been cast down to New York City as a mortal teenage boy with the name Lester Papadopoulos. Zeus is angry at his son Apollo for being bought off by Octavian from Camp Jupiter in the war with Gaea during the Heroes of Olympus series. Riordan is taking what he has done so well with his past stories and, rather than write a series of sequels to those books, he has taken the roots of his books and branched out in a new direction.

Apollo is quickly attacked by some thugs and beaten up. Stripped of his godly powers Apollo is defenseless until a young girl with incredible strength, named Meg McCaffrey saves the day. Apollo must redeem himself by serving a demigod on Earth, and Meg just happens to be one. Though he doesn’t like it, Apollo must abide by the rule.

Apollo leads Meg to the apartment of Percy Jackson where they get supplies and a drive by Percy to the Camp Half-Blood borders in Long Island. Along the way they are attacked by monsters but survive. Percy exits to study for his SAT’s and Meg and Apollo cross the magical borders to Camp Half-Blood, only to find more trouble. The oracles are not working and because of that demigods have no guidance and no way of partaking in a quest. An ancient enemy of Apollo, Python, has taken control of the original cave at Delphi. Our heroes are in some serious trouble.

Demigod campers have disappeared as well, but there is hope. One hidden oracle, the Grove of Dodona, is believed to be in the woods around Camp Half-Blood. Determined to save the lost demigods, two of which are his kids, Apollo and Meg journey into the woods and encounter one of the villains of our story, Emperor Nero. We learn that Nero and his pals are also responsible for bankrolling the Titan war in the Percy Jackson and the Olympians series as well as the war with Gaea in the Heroes of Olympus series. Nero is just one part of a triumvirate of former Roman Emperors who have lived well past their death.

Meg is revealed to be the step child of Nero, and though she lured Apollo into a trap she does help him save the ancient woods from Nero’s wrath. With Apollo’s success, the demigods finally have a means of getting prophecies and Apollo has a clue to the next stage of his trials. He receives a prophecy before returning to Camp Half-Blood.

The book finishes off with an epic battle at Camp Half-Blood between a giant automaton of Nero and the demigods. Percy Jackson returns to help fight the monster, but it is Apollo, an arrogant god turned hopeless teenager that defeats the oversized statue.

Apollo’s prophecy requires two more to join him. Leo Valdez, the hero of the Heroes of Olympus saga returns on his flying dragon Festus and a freed Calypso. They agree to join his quest, and our demigods are gearing up for a series that will no doubt focus on the liberation of the captured oracles. I’m sure more cameos of Percy Jackson and other popular characters from past stories will take place in the coming books, but Apollo’s cast out god character trying to survive in world he has only observed is more than enough to carry the series.

Riordan has masterfully played in the same sandbox for eleven books and The Trials of Apollo is just the beginning of a new series. His brilliant character development makes you compelled to keep reading. As a middle school teacher, I have seen my fair share of girls and boys who don’t like to read become engrossed in every new addition of Riordan’s mythological world. The Trials of Apollo is another fantastic addition to this world and I highly recommend this book.

Want to get your own copy of The Trials of Apollo? Be sure to enter our giveaway: http://www-old.laughingplace.com/w/articles/2016/05/05/giveaway-rick-riordans-trials-apollo/ 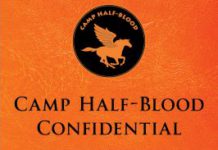 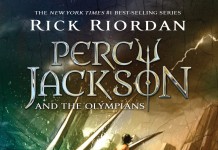 A Road Trip Across America with Percy Jackson 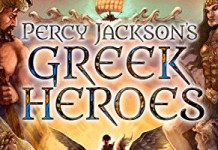