Last week, during the 2016 second quarter report by The Walt Disney Company, Disney Interactive — the gaming division of Disney — announced they would be shutting down production on their popular video game console Disney Infinity as of this June. The news was both shocking and saddening as the game-to-life video game from Disney was one of the most creative and collaborative gaming experiences to come out of the company in many years. The game offered gamers a chance to combine Disney properties into one collaborative shared universe, which was both exciting and innovative. Only in Disney Infinity could characters like Jack Sparrow and Donald Duck both interact in adventures and in the creative world-building Toy Box. The ability to share universes with other Disney characters, with recent additions like Star Wars and Inside Out, made for some of Disney Infinity's best elements.

Each version of Disney Infinity came with a starter pack that featured various Disney characters. The first edition of the game featured the game console along with Jack Sparrow, Mr. Incredible and Monsters Inc's Sulley. When the game hit the market in 2013, it was a groundbreaking achievement for Disney Interactive and outperformed every other "toy-to-life" video game on the market. The game would continue further down the line with additions of new characters and properties. With Disney Infinity 2.0, Disney introduced the Marvel brand into the Disney Infinity universe, and Star Wars followed in version 3.0. By that time, dozens of characters were added to the Disney lineup, including Anna and Elsa, Judy Hopps and Nick Wilde, Baymax, and Stitch to name a few. Disney Infinity offered something unique than other video games on the market and that is the ability to let your creativity run wild. With the option of "The Toy Box" mode, gamers would create their own worlds and games completely from scratch and customize your world in any way you wanted. Some of the best parts of that were seeing what the Disney Infinity online community would come up with and share online for other users to play in. It was really a blast either being transported to the Cave of Wonders, to the streets of Duckberg, or even roam the streets of several spot-on recreations of Main Street USA. This game was bursting with creativity at the seams. There was truly a lot that made Disney Infinity special.

Some characters came with their own playsets as well, meaning that, aside from being able to use the characters, there were levels of the game exclusively assigned to that character's film. I never got a chance to try them all, but a few of the outstanding ones were the Star Wars themed Rise Against the Empire, and Twilight of the Republic playsets and the Marvel 2.0 Avengers playset. Though not as creative as the Toy Box and much more straightforward in gameplay, the games were still a massive amount of fun and an absolute joy to play with. It's sad that Disney has stopped production on one of their most creative and innovative new additions to the company in over a decade. The game was an absolute blast to play and the amount of creative freedom was remarkable. In Disney Infinity, the only limit in the game was your imagination and that makes it one of the most impressive games on the market. The final Disney Infinity characters, from Finding Dory and Alice Through the Looking Glass, will hit storeshelves this summer, and will be the last ever-additions to the beloved game. Disney Infinity brought a lot to the Disney-universe of characters and pushed the limits of video game abilities and we can only hope that the future of Disney video games is as promising. 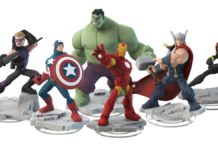 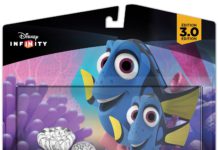 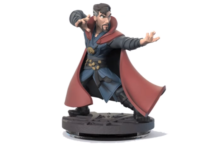