Every Friday night, a platform for new products and a window into the world of entrepreneurship airs on ABC. Having just wrapped concluding its seventh season, Shark Tank has become a phenomenon that, as the Sharks love to remind us, proves that the American dream is alive and well. As a result of the show's the success not only are many business owners champing at the bit to get on the show themselves but also to learn more about how the entrepreneurs who did get investments worked their way up that point.

That's why Kingswell (an imprint of the Disney Book Group) recently released Shark Tank — Secrets to Success: How to Propel Your Business from the Tank to the Bank by Michael Parrish DuDell. This is actually the second book inspired by the show that DuDell has penned following 2013's Shark Tank — Jump Start Your Business. While that book did include some "where are they now?" follow-ups, Secrets to Success focuses more on the stories of companies that have left the Tank with investments in hand. The book shares tales from nine companies that the Sharks have invested in: Bambooee, Tipsy Elves, ZooBean, TITIN, Wicked Good Cupcakes, Grace and Lace, Scholly, Lollaland (formerly Lollacup), and Pipsnacks. As you'd hope and expect, Secrets to Success dives far deeper into the history of these companies and what they've experienced since their investment than any of the show's updates or even episodes of the companion series Beyond the Tank do. In fact, in many cases, the book shares some of the company owners' successes and failures with other businesses prior to the one that took them into the Tank.

This is something I truly appreciated and, personally, made the book worth reading as a fan. Additionally, while I was somewhat surprised to see that Scholly (an app whose investment incited what was perhaps the largest Shark fight to date) was featured in the book, the fact that it was included shows that this book doesn't shy away from reality. In that aspect, you could consider it the Mr. Wonderful of non-fiction books — it tells it like it is.

Like the show itself, the book is accessible to a mainstream audience but still offers a lot for entrepreneurs and — as Mark Cuban would say — wantrepreneurs to learn from. Although I am technically a small business owner, I found that I was more interested in just hearing the stories from companies I had watched on the show and was less concerned about actually absorbing their advice. Still, the lessons to learn from are clearly there for who choose to take them. What I also liked about the book was its structure. Comprised mostly of chapters dedicated to each business, the various sections within those chapters made for an incredibly easy read. And, although Secrets to Sucess does contain some a few photos in places, it never felt like they were used just to take up space and push past some arbitrary page count. In fact, at 258 pages minus the front and back matter, the book weighs in at a solid length that justifies its $14.99 list price.

Overall, whether you're a small business owner yourself, want to be one, or are just a fan of the show, I'd say that Shark Tank — Secrets to Success is definitely worth a read. With Shark Tank on hiatus for the summer before season eight kicks off, the book is also a great way to fill those Friday nights for a while. The paperback from Kingswell is now available on Amazon and other retailers. 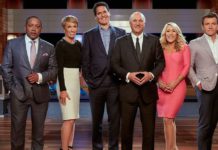 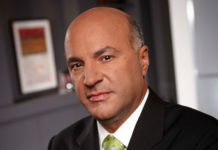