And we have seen this happen before as he writes in his article on Fix.com.

Despite the message of the film being largely centered on conservation and the tragedy of taking wild coral fish species from their homes and placing them in glass prisons, Finding Nemo had a sad and ironic effect that spread far beyond the box office. It seemed the clownfish portrayed in the film were too cute for their own good, and became instantly in-demand pets for people who failed to recognize that their demand for a cute pet would cause many more Nemos to be taken from their coral reef ecosystems. National Geographic estimates that the demand for clownfish as aquarium pets more than tripled as a direct result of the film. A conservation fund established to protect clownfish, SavingNemo.org, states that more than one million clownfish are now harvested from coral reef systems each year to go to aquariums, with 400,000 of these fish being sent to the United States. Localized extinction is occurring in some areas; frequently harvested coral reefs have seen clownfish populations decline by a large amount.

According to Karen Burke da Silva, associate professor in biodiversity and conservation at Flinders University in South Australia, the U.S. is “the biggest country in the world that purchases these tropical fish.”1She recently told Fix.com,“What I do know for certain is that there are now areas in Southeast Asia where clownfish populations have gone locally extinct.”

They also provide an info graphic that illustrates the effect: So here's their warning for anyone that might think getting a "Dory" is a good idea after seeing the film:

Another troubling fact is that, ironically, even though Dory’s stubborn “just keep swimming” attitude in Finding Nemo would suggest a certain hardiness, regal blue tangs do not fare well in aquariums. They are fragile and require specialized care, and, in the wrong circumstances, suffer high mortality rates.

Finding Dory hits theaters on June 17th. Like its processor it will undoubtedly be a huge hit. But hopefully moviegoers will heed this message and be careful about their pet choices in its wake. 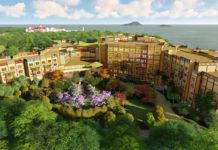 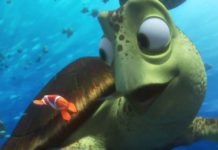