Can you imagine the Mickey Mouse Club theme song causing a rift among friends? Well it almost did among three former teen idols rehearsing the anthem before performing it on stage in Detroit.

In his new autobiography, Teen Idol on the Rocks, Bobby Rydell recounts how singing the simple ode to friends almost caused a fight between him and fellow South Philly teen idols Frankie Avalon and Fabian. “Frankie says 'Bobby I want to end the show with the Mickey Mouse Club theme song,'” recalls Rydell during an interview about his book. “I said, what?” Avalon explained to Rydell “you know, 'now it's time to say goodbye...'” Rydell said he shot the idea down emphatically adding that “I ain't doing it. I ain't doing Mickey Mouse.” Avalon pleaded to his friend “just give it a shot, the audience loves it. If you don't like it on the first show, we'll cut it out.” Rydell agreed and when it came time to sing the song at the end of the first of two performances in Detroit, Avalon started with “and now it's time to say goodbye to all our company....” and the former teen idol said the place went “berserk!”

They continued, “M-I-C-K-E-Y-M-O-U-S-E” and the audience went crazy, according to Rydell.

Rydell now admits that he was wrong about the theme song. After the show, Avalon asked Rydell what he thought and Rydell told his friend, “it's a good idea, Frank. I think we can keep it in.”

That is just one of the candid Disney stories Rydell recounts in his book. The singer's humble career started when he was really young by appearing on a children's television show in Philadelphia.  As he fine-tuned his vocal chords he landed a gig on Dick Clark's American Bandstand. In its early years Bandstand was a locally produced television show in Philadelphia before Clark convinced ABC television executives to give his show a network tryout. Rydell would become a regular on Bandstand and another Clark television program The Dick Clark Saturday Night Beechnut Show.

With two hit records to his credit Rydell's star was about to hit the stratosphere in 1959 when he was selected to tour with Clark's “Caravan of Stars,” crisscrossing the country performing with a number of other recording artists like former Disney Mouseketeer Annette Funicello and Paul Anka. Since Rydell only had two songs on the charts, he was delegated to the lower tier of the tour's totem pole but got to become good friends with Funicello. Three years later, Rydell was cast as a performer on an episode of Walt Disney's Wonderful World of Color that aired on April 15, 1962. Released theatrically overseas as a short subject film, the episode features Walt presenting a night time view of Disneyland complete with Tinker Bell flying across a fireworks spectacular sky and celebrity singers such as Louis Armstrong, the Osmond Brothers, former Mouseketeers Annette Funicello and Bobby Burgess and Rydell.

In a running gag during the show, Walt introduces the celebrities but can't get to see any of their performances because he is pinned down by an endless supply of autograph hounds. While Rydell reflects fondly on the experience he notes that he never got the opportunity to meet Mr. Disney conceding, “He was never there. It was great, it was a wonderful experience.”

One thing that Rydell didn't realized until recently is that he received top billing over the ever-popular Annette during the closing credits of the show. He also reflects in his book on how he was up for a role in a Walt Disney movie and didn't get it. “I was sitting with Mr. Sinatra.  We were in Vegas. Mr. S. said 'What are you up to now Robert?'” Rydell informed Sinatra that he was being considered for a role in a Walt Disney film. Rydell says Sinatra looked at him straight in the eye and said, “You'll never get it.” Puzzled by the crooner's reaction, Rydell questioned his comment. Sinatra responded “Bobby, you're Italian aren't you? You'll never get it. I never did and I never asked why.”

The original teen idol would perform a number of times at Disneyland and Walt Disney World in various venues as demand for nostalgia would warrant. Rydell appeared in concert at the Top of the World Supper Club at the top of the Contemporary Resort performing two shows a night during various concert dates. He also remembers performing with fellow teen idols and South Philadelphia neighborhood friends Frankie Avalon and Fabian during the “Blast from the Past” concert series in 1985.

These days Rydell and his family visit Disney World but he has not performed there in recent years. Personally, I think he would be a perfect fit for the annual Epcot Garden Rock Concert Series at the International Flower and Garden Festival. How do we make that happen? 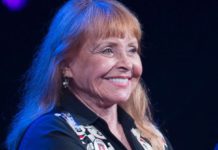