In honor of Richard Sherman’s 88th birthday on June 12th, here are my top eight Sherman Brothers’ songs. My only rule when creating the list was that only one song from each movie or attraction be included — otherwise, this list might comprise of only Mary Poppins’ songs...

Created for the 1966 musical featurette, "Winnie the Pooh and the Honey Tree," this song combines a beautiful blend of peppy music with the sweet nostalgia of childhood. With each verse it paints the perfect images of the Pooh characters and creates a distinct personality for each of them. It can be agreed that this song and its source material have become inextricably linked and one wouldn’t be quite the same without the other.

One of the many Sherman Brothers songs that was created closely with Walt Disney, “There’s a Great Big Beautiful Tomorrow” was written for the attraction Carousel of Progress  — featured first in the 1964 World’s Fair and then later at both Disneyland and Magic Kingdom. The song is both a tribute to the future and the present, showing that progress is always happening and everyone can be a part of it. The song also showcases the Shermans’ ability to write catchy songs that hold deeper and more thoughtful meanings.

Written as the title song for the 1970 film of the same name, the song is known for bringing famous French singer Maurice Chevalier out of retirement. The song is a unique display of the Sherman’s ability to mimic practically any style; the song being an imitation of Chevalier’s style. It expertly sets the stage for the classy and elegant lifestyle of the main characters of the film.

Despite the fact that it was Terry Gilkyson’s song "The Bare Necessities" that was nominated for the Oscar for Best Original Song, the Sherman Brothers wrote every other song for the 1967 movie The Jungle Book. The duo were brought on to rewrite the music after Walt Disney found that Gilkyson’s songs were too dark for his vision of a light Disney movie. What the Shermans brought to “I Wann’na Be Like You” is an incredible jazz wwing number, that still resonates with audiences of all ages to this day, as displayed by it’s use in the recent Jungle Book remake, sung by the incomparable Christopher Walken.

Probably the least known song on this list, “Castaway” was written for the 1962 movie In Search of the Castaways. The film starred Hayley Mills (who sings the song) and Maurice Chevalier, who would go on to sing our #6 song. The song serves as an anthem to hope even when things seem at their worst. Giving the advice to “trust in your star” and “cling to your hopes.” The song demonstrates that the Shermans could create a beautiful piece even with the simplest of tools.

In a legendary combo, The Beach Boys and Annette Funicello came together to perform this Sherman song written for the 1965 movie of the same name. It could be the incredible harmonies of The Beach Boys, the Sherman’s catchy tune, or the perfect double tracking on Annette Funicello that gives this song the #3 spot on this list. What’s clear is that this is a collaboration straight out of heaven.

Another lesser-known song (to non-Disney geeks at least) takes the #2 spot. “One Little Spark” was featured in the 1983 Epcot attraction, Journey in Imagination. As it was the 80s and synthesizers were all the rage, the Shermans adapted their style to the poppy and robotic sensibilities. What’s amazing is that despite the presence of these styles, The Shermans lost none of their trademark charm and lyrical smarts. The song serves as a reminder that all creations begin with “one little spark of inspiration.”

Disney fans will know why this song found its place to top spot on this list. “Feed the Birds”, from the 1964 film Mary Poppins, is fabled to have been Walt Disney’s favorite song. Often times Walt would invite the brothers to his office to talk and when they finished he would say “Play it” and the Sherman Brothers knew exactly what song he meant. I have the inclination to agree with Walt. “Feed the Birds” is a beautiful song that captures the heart-wrenching tale of the Bird Woman. Even though the song doesn’t have a strong impact on the plot of the film, I can’t imagine Mary Poppins without it. 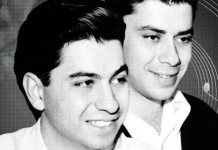 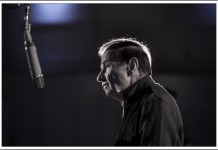 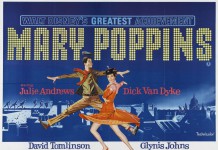