Note: this article has been updated 6/28/16 to include new information regarding Hong Kong.

As you've probably heard, last night voters in the United Kingdom surprised the world by deciding to leave the European Union. This has caused financial markets to go haywire and many left debating what will happen next. While you can find several articles about what the Brexit (as it's been dubbed — merging "British" and "exit") means for the U.K., the E.U., the U.S., and others, let's take a quick look at what impact The Walt Disney Company might expect.

As The Motley Fool points out, Walt Disney World may be the most susceptible to this change as last year the resort welcomed 1.7 million visitors from the U.K. — second only to Canada in terms of foreigners and, surprising to some, ahead of Brazil. This is significant because, as of now, the British Pound is worth $1.37 (U.S.) compared to $1.47 earlier this month. That's a pretty big difference when you're talking about the amount spent on a Disney vacation. On top of the much-discussed price increases that have already occurred around the Disney Parks, this poor conversion rate could be enough to keep some U.K. guests from making the trip across the pond. Similarly, Disneyland Paris also courts a large amount of tourists from the United Kingdom. In fact, according to the resort's site, U.K. visitors made up 16% of their attendance in 2014. While the Euro is also taking a bit of a hit from the Brexit vote, the Pound's dive has been far worse, leading some to believe even a more reasonable trip like this may also be out the window.

Finally, media companies — which have already been hurting thanks to cord cutting or other challenges — experienced dips today. Disney ($DIS) was down 3.33% to hit $95.72 a share. Meanwhile, 21st Century Fox ($FOX) was down more than double that and Sony ($SNE) was off nearly 5%. In fact, according to the Hollywood Reporter, $20 billion in value was lost between the seven biggest media conglomerates in today's rough market hours.

On a positive note, despite any clever memes you may have seen today, the U.K. pavilion at Epcot isn't going anywhere. Additionally, with the news of the vote results just coming out this morning, everything discussed here is just a possibility as the Pound and stock markets can, of course, still rebound in the coming days and weeks. Still, it's interesting to consider how the company we all love could be impacted by what's being called a "once in a generation" vote.

UPDATE: It now seems that Hong Kong will also fall victim to the Brexit shock. According to Quartz, the financial hub will very likely slip into a recession. This is especially bad news for Hong Kong Disneyland which has endured a drop in attendance as the company has prepared to open the much larger Shanghai Disney Resort. Back in April, Bloomberg reported that the Disney resort cut staff as the result of lagging attendance — a trend that certainly won't be helped by a recession. 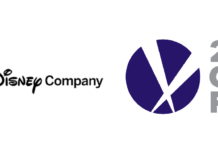 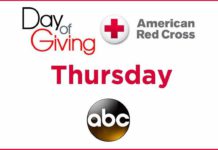 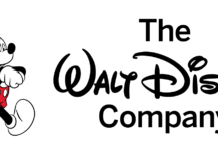