When I saw that Disney was releasing a coffee table book called Disney Villains: Delightfully Evil, I wasn't really sure what to expect. Would it be an "Art of" book, or perhaps a compilation of modern artists reinterpretation of the characters a la The Art of the Disney Princess? The answer is neither, and I'm not sure that I've ever seen anything quite like it before.

Disney Villains: Delightfully Evil describes itself as a "comprehensive catalog," expanding on that by saying it's "A showcase of cruel-intentioned characters from the past eight decades." Villainous characters from Disney and Pixar films and shorts are categorized into eleven chapters with a recurring theme.

The page for each character features a list of information (release date, animators, directors, voice talent), followed by a synopsis of the character and some interesting facts where available. The bottom half of each page is filled with artwork, most often final film frames. However, there is a fair amount of concept art/rough animation sketches to be found and the VIP villains (Maleficent, Evil Queen, Cruella de Vil, etc...) have more than one page devoted to them.

My favorite aspect of Disney Villains: Delightfully Evil is not the artwork or the layout, but the bonus pages scattered throughout that provide more backstory. I never realized that Disney changed Captain Hook's hook-hand from his right in the play to his left in the animated version. Two pages are then devoted to later retellings of Peter Pan (including Hook, Once Upon a Time and Universal's 2003 adaptation) to highlight how many productions ever since have kept the Cap'n's right hand in tact. These are the pages that make this book worthwhile.

The eleven themed chapters are "Oh So Vain" (villains who love themselves), "Tails from the Dark Side" (animal villains), "All in the Family" (villains who are relatives of the main character), "Worst of the Worst" (a catch-all for really evil villains), "Be Our Guest" (villains who plot against the people they work for), "Game of Thrones" (royal villains/villains trying to become royal), "Law and Order" (villains with authority), "Basic Instincts" (villains whose genetics make them bad), "Just Plain Mean" (unjustified meanies), "Spoiler Alert" (villains who are revealed as a major plot point) and "I'm not Bad - I'm Just Drawn That Way" (heroes who are initially represented as villains).

Writer Jen Darcy has included every villain I could think of and then some. Pulling mostly from Disney and Pixar's animated libraries, she has included characters like Aunt Spiker and Sponge from James and the Giant Peach and Aconcagua from Saludos Amigos who would never even come to my mind if I were compiling a list of every villain I could think of. She has included enough rare and unknown facts to appease big Disney fans, but also offers some great histories for more casual fans.

When I discovered what Disney Villains: Delightfully Evil was, I instantly thought of the pointless Disney Dossiers that came out in 2006 and was prepared to hate it. But Jen Darcy has taken the task of making a book devoted to all of Disney's villains and made it a lot of fun. With some concept art and little-known facts, I recommend this to any fan of Disney's most mischievous characters. 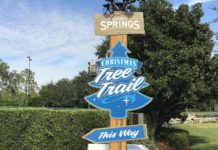