Disney has launched a new digital series focused on Disney fashion around the world. Destination: Disney Style is a five part series that rolls out a new episode every Tuesday night at 10 p.m. PT in August on YouTube.

To celebrate the debut, Destination: Disney Style hosted a launch event in Los Angeles. On hand were the hosts for the series, YouTube influencers LaurDIY, Jaleesa Moses, Meredith Foster and Lucy & Lydia. Among the guests were a number of Disney Channel performers from Stuck in the Middle, K.C. Undercover, Bunk’d, and Best Friends Whenever.

The party took place in the YouTube creative space in Los Angeles. Guests enjoyed international fashions and foods, as well as a look at each of the five episodes. The episodes each explore a different international city, where hosts meet designers, fans and fashionistas.

Some of the most celebrated items on display were Alice in Wonderland and Star Wars-inspired heels created by Irregular Choice (an apt name indeed):

"Tokyo Disney Street Style" debuted on August 2. Host LautDIY met the Harajuku Girls and looked at the ways they incorporate Disney into their Tokyo street style. Along the way she visited Disney Expo 2016, Tokyo Disneyland and Tokyo DisneySea.

"Disney x Coach" will air on August 16. Host Meredith Foster meets with the creative team from Coach who has created the very popular Mickey Mouse collection that has been popping up in the New York street style.

London-based Lucy & Lydia host the August 23 episode, "London Calling." They present the launch of the Cath Kidston collection based on classic Disney characters, and then explore some British Disney street style.

LaurDIY returns on August 30 for "Finding Pixar Fashion." She gets an early look at the upcoming Disney/Pixar collection for Forever 21 and takes viewers along for their own sneak peek.

Destination: Disney Style is the latest series from Disney Style. Launched in 2013, Disney Style combines Disney Consumer Products and Interactive Media, creating hundreds of editorial stories, original videos, and related content each month, all aimed at millennial women who are Disney fans. Disney Style can be found on Facebook and at www.disneystyle.com. 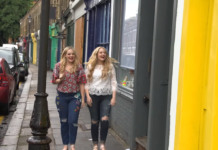 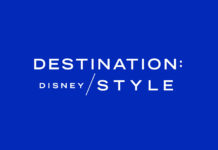