What if I told you that you could apply Imagineering principles to your every day life? That's exactly what Louis J. Prosperi seeks to do with the first volume of his "Imagineering Toolbox Series," The Imagineering Pyramid. Using his technical writing background and his video game design experience, Prosperi educates his readers about ways to apply the fundamentals of Imagineering to their every day lives. Dissecting what has made Disney's Imagineers so successful, this book becomes a bible for anyone hoping to catch lightning in a bottle.

What is the Imagineering Pyramid? It's a set of fifteen Imagineering principles that fall into five categories, each of which represents a level of the pyramid. About two-thirds of the book is spent breaking down each of these components. Prosperi not only provides a great explanation of each and some background information behind them, but also uses examples from both Disney and other companies to demonstrate his points. At the end of each principle, he offers tips on how to apply them to your career or life.

When I first started reading The Imagineering Pyramid, I couldn't really see how a principle like "Forced Perspective" would necessarily apply to my work in the early education field. I then discovered that I unintentionally use it on a daily basis, making small achievements seem like a big deal and making potentially scary things seem inconsequential. And indeed, I was able to find a use for every principle, not just in my day job but also in my moonlighting gig for Laughing Place.

The final part of the book is called "Imagineering Beyond the Berm" where Prosperi applies the fifteen principles of the Imagineering Pyramid to the fields of game design, instructional design, and business management. What I like the most about these chapters is that he offers a grid at the end with bullet points for each principle so you can quickly refer back to them. This same information is also found in an appendix at the back, so you can keep a copy in your office and refer back to it for guidance. 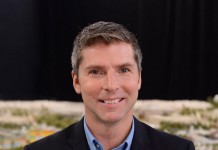 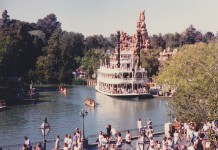 Rivers of the Force?