Fans of Disney XD's amazing animated series Gravity Falls can join Dipper and Mabel on one more adventure. Billed as a "Select Your Own Choose-Venture," this choose-your-own-adventure book offers seemingly infinite endings and paths through a time-traveling adventure. While aimed at readers ages 8 to 12, any fan of the show will find themselves laughing just as much during these adventures as they would during any individual episode.

Gravity Falls: Dipper and mabel and the Curse of the Time Pirate Treasure! is possibly the longest book title ever. When Dipper and Mabel find Blendin Blandin digging in the woods, he tells them about the Time Pirates who have stolen all of the world's greatest treasures. The twins decide to join their friend on a quest through time to find the pirates and steal their loot.

After the introduction, everything that happens is chosen by the reader. You are presented with three places you can go: the future, the old West, or medieval times. Each destination has the potential to lead you to finding the Time Pirates. They also have the potential to get you lost in time (and space), but no matter what you choose the outcome will be hilarious.

Author Jeffrey Rowe is one of the series writers on Gravity Falls, which is why this book feels like such a perfect representation of the series. The quirky humor you loved from the series has found it's way into the book and I found myself backtracking and seeing what other paths would do just for the comedy of it all. There is also artwork throughout the book, done by storyboard artist Emmy Cicierega.

I had a great time reading Gravity Falls: Dipper and Mabel and the Curse of the Pirates Treasure. It's like getting a bonus episode of the series where you are in control of where the plot goes. Full of humor and mirth, I highly recommend it to all Gravity Falls fans. 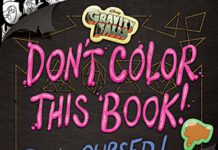 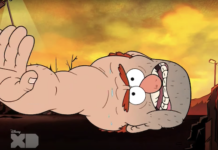 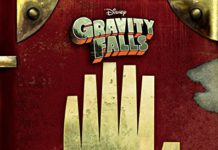