As a Disney Fan, the Walt Disney Studios has always seemed like my Mecca and visiting the lot was at the top of my bucket list. While I can say that I have been there a few times, every visit feels too brief and restricted. Now Disney fans can have an all access pass to the lot and the stories behind it with a new book called The Walt Disney Studios: A Lot to Remember.

Written by Steven Clark, founder of D23, and Rebecca Cline, director of the Walt Disney Archives, The Walt Disney Studios offers a lot of information about the Burbank studio's creation and milestones. However, the first chapter focuses on the original studios on Kingswell and Hyperion Avenue and paint the picture of how Walt kept outgrowing whatever space his company occupied.

I was surprised to learn that in 1940 when the studio was built, Burbank was not yet a major part of the Hollywood machine. The amenities initially put there for the animators were amazing and this section not only has photos of some of the more peculiar offerings (a clothing optional sun deck, tea room, and a coffee shop), but also the menus of the original commissary. I was also surprised by how many buildings from the Hyperion studio were brought to the Burbank lot and still exist today.

The pages I was most excited for are the ones about the backlot. As a huge fan of Disney films from the 1950's and 60's, you begin to notice many of the backlot elements repeated over and over and I was always curious about where they were and what happened to them (none of them exist today). This book covers that with a few maps of the lot through the years and some really great photos of Latin Street, Western Street, Residential Street and Business Street.

While covering milestones in the studio's history, topics include the animator's strike of 1941 and the US Army taking over the sound stages during World War II. But since so many other books have covered Disney's animated history, this book tends to focus more on the live action output of the studio. In particular, Mary Poppins, Zorro, Davy Crockett, 20,000 Leagues Under the Sea, The Love Bug, Bedknobs and Broomsticks, Pete's Dragon, TRON and Pirates of the Caribbean are featured with lots of photos and information about their productions on the lot.

If you're judging this book by its cover, you might think that there's nothing in The Walt Disney Studios to interest Disney Parks fans who aren't necessarily film fans. However, you should know by now to "Never judge a book by its cover." There's a meaty section here all about how the studio became the birthplace of Disneyland and how most of the sound stages at one point housed almost every attraction that was made during the park's first decade. Of all the photos in this book, these are by far the most interesting.

The majority of The Walt Disney Studios covers events that took place during Walt's lifetime. The final chapter covers what happened from 1966 to today very briefly, but if there's a possibility for a sequel or a similar book, I would like it to expand on this section as these are the Disney stories that I feel are largely untold. Another nice-to-have would have been a list of some of the more memorable films/projects for each sound stage or that used a particular section of the back lot.

If you're a film buff, but more importantly, if you're a Disney film buff, than The Walt Disney Studios: A Lot to Remember is going to become a prized possession in your book collection. For any Disney history fan, I was surprised by how much of this story has gone untold in the countless Walt biographies written and you can spend hours poring over the accompanying pictures. So prepare to take a trip through time in Burbank to see where it all began and how Walt's vision for his dream factory is still utilized 75 years later. 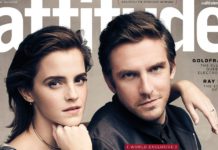 “Beauty and the Beast” Remake Will Reportedly Feature a Gay Character 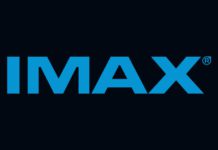 Disney and IMAX Renew Deal Through 2019