From the previews ABC has been airing of their new drama Notorious, I expected it to be a ripoff of Scandal but with more sex (if that's even possible). While the show does have some steamy moments, I was surprised by how good and different it is. Notorious certainly fits in with the Shondaland shows, making it a perfect addition to ABC's Thursday night lineup.

Piper Perabo plays Julia George, producer of the number one news program in the country. Her on screen talent, a redheaded diva, leads a scandalous offscreen life that Julia works hard to keep quiet. But the most interesting thing about Julia is that she doesn't just find the news, she makes it. Her network of confidants include cops and lawyers, but her friendship with one in particular, Jake Gregorian (Daniel Sunjata), is at the center of the show and the marketing. While neither are romantically involved with one another, there is a great deal of chemistry and history there. Their relationship is much less catty than the previews would have you believe and they rely on each other more than they may realize.

In the pilot episode, a tech giant's car is involved in a hit and run that leads to the death of an innocent teenager. While getting the scoop for her show, Julia works with Jake to get early leads in the case to report on her show. But both Julia and Jake will have to put their careers before their personal life to get their work done. While Julie is less in control of the situation than Olivia Pope ever is, Notorious is instantly reminiscent of the first season of Scandal before the Olivia/Fitz romance consumed the entire show. In other words, it takes the best parts of Scandal and places it in a new setting with some likable (and incredibly attractive) new characters. It has a lot of fun with the material and there's a lot of potential with this premise.

I went into Notorious expecting to hate it and wound up a fan. The show premieres on September 22nd and I highly recommend giving it a chance. With great characters, great actors and a great premise, I expect this to be one of ABC's biggest hits this season. 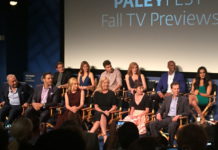 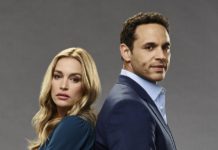