When ABC premiered Secrets and Lies in Spring of 2015, I was skeptical that it could last beyond one season. After all, it was a self-contained murder mystery with no loose ends by the final episode. But when I met Detective Cornell, a character made addictive by Juliette Lewis, I knew that I had to tune in next season to see her take on another case. But with a longer break than most shows, can it regain an audience after a year and a half off the air?

Season two is centered around the Warner family, a wealthy and successful father and adult children who become the focus of Detective Cornell after their youngest son's wife is pushed off the top of their building during a company party. The patriarch of the family is played by Terry O'Quinn, a familiar ABC face for his roles as John Locke on Lost and Gavin Doran on 666 Park Avenue. As is often the case when a wife is murdered, her husband Eric Warner becomes the prime suspect. Cornell is up to her old tricks again, psyching Eric out the same way she did Ben Crawford (Ryan Philippe) in her quest to find the killer in season one. Thankfully for Eric, his lawyer sister Amanda is familiar with Cornell and steps in to help him navigate the situation he has found himself in. But like last season, if Eric didn't kill his wife, then who did?

One thing's for sure, this season promises to be full of secrets... and lies. After the first episode, I'm not as in love with the Warners as I was with the Crawfords, but I'm committed to watching how this season plays out if for no other reason than to see the hell Cornell is sure to drag them through. While the first episode may not have had as great of an impact as the first season, I have confidence that it will get more exciting as we get to know more about the new suspects. Secrets and Lies finally returns to ABC on September 25th. 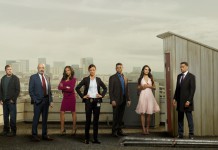 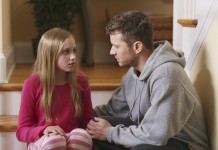