Today brought news that the winning combination of Jon Favreau and CGI animals would once again be on display as the director takes on Disney's The Lion King for his next project. Well, it's actually unclear whether that or the sequel to his near-billion dollar blockbuster remake of The Jungle Book will take priority (not to mention Magic Kingdom, which is also apparently still alive), but still. Assuming that these two films perform as well as they should, I honestly think there's an argument to be made that Favreau is on his way to becoming a Disney Legend. This isn't to say the coronation would come at the next D23 Expo, in this decade, or even in the next 20 years. However, the director is already establishing himself as a versatile figure with lots to offer The Walt Disney Company. Plus there's more to his Disney career than meets the eye.

First, after his breakout role in the non-Disney film Rudy, Favreau zagged by writing and starring in Swingers, which just so happened to be released by Disney-owned studio Miramax (back when that, you know, existed). Later he went on to direct hits like Elf and misses like Zathura for other studios, all while popping up in memorable supporting roles along the way. In another move seemingly out of left field, he also created the series Dinner for Five on IFC where he and four guests would simply have a conversation while dining together, which proved to be brilliant in its simplicity.

But then came the first big reason he could one day be a Legend: Iron Man. Yes, the film was actually distributed by Paramount, but, with Disney's purchase of Marvel a few years later, the importance of the film that launched the Marvel Cinematic Universe and Favreau's role in it should not be understated. While people tend to think of the Russo Brothers as the new Joss Whedon of the MCU, really you could say Whedon was the new Favreau. While he didn't have the major duty of balancing a growing roster of character the way future Avengers directors would, creating a movie around a superhero most people had never heard of, not to mention launching a studio with it, is certainly no easy task. Prior to The Jungle Book, Favreau's output was also interesting if not spotty. Sure Cowboys & Aliens didn't quite work, but the film coupled with Chef once again showed off what's so unique about Favreau — he does what he wants. A big Hollywood film about aliens in the old west starring James Bond and Han Solo? Sure! How about a small picture with some friends where he makes the world's best looking grilled cheese? Why not?!

That's why, when he took on the Jungle Book project, Disney fans should have guessed that he knew exactly what he was doing. While promoting the film before and after its release, Favreau often showed off his Disney knowledge, love, and appreciation, even bothering to resurrect the obscure Fantasound for the project. It stands to reason that Favreau will bring that same passion to The Lion King and hopefully plenty of other projects under the Disney banner to follow.

Obviously only time will tell whether Favreau will really earn the title of Disney Legend somewhere down the road. Heck, with ceremonies now limited to every two years and new acquisitions happening all the time, the competition is stiff and there are plenty of deserving choices. However, with the major role he played in launching the MCU and the careful consideration he's brought to reimagining some of the Disney classics so far, I definitely think he's on the right path. 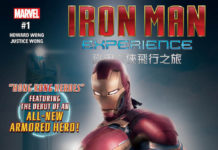 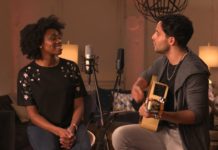