A long, lost and believed to be first draft of one of the earliest animated cartoons that put the Walt Disney Company on the silver screen is up for auction. Later this month, S/R Laboratories Animation Art Conservation Center will place on the auction block perhaps the most historically important document in the history of the Walt Disney animation studios. How this draft made its way to the auction block has quite the interesting back-story, perhaps worthy of a made-for-TV movie. Thought to be the first draft of “Steamboat Willie,” the script and pencil sketches will be on auction on October 24th. The draft is viewed by Disney historians and scholars alike as the work that changed everything for Disney especially in the wake of Walt Disney losing his first animated character Oswald the Lucky Rabbit to Universal Pictures.

The sketch and script are believed to be the handiwork of Walt Disney and his friend and early partner Ub Iwerks and is dated May 19, 1928 with the actual production of the animated sound cartoon commencing on Monday, May 21st.

The second draft has long been the property of the Walt Disney Studios but the legendary first draft by Iwerks and Walt has been missing for decades. It is believed the first draft and some other early Disney artwork and scripts were kept in a cubby in Walt's office at the studios and as legend has it disappeared from the office shortly after Disney's death in 1966. According to S/R Labs director Ron Stark, the story about Walt's missing drawings and papers eventually faded away and were forgotten as time marched on and many of Walt's confidants, friends and co-workers passed away. Stark says the “creation of Mickey Mouse and the release of 'Steamboat Willie,' not only saved the original Disney Brothers Studio, but singlehandedly gave animation itself, which had been showing serious signs of having outlived its novelty, a shot in the arm.” Stark notes the first animated sound cartoon pumped new life into the entire animation industry adding that “Steamboat Willie,” propelled the cartoon and Mickey Mouse into one of the great forces of modern times.

Up for grabs at auction are sketches of Mickey and his steamboat along with script notes by Walt instructing staff to “put their best efforts and ideas into the story.” The lead pencil script also instructs those working on the “Talkie Cartoon” to “keep this to your selfs (Walt's spelling, not mine) and do not take any materials home with you.” According to Stark, the four 8-inch by 11-inch pages are in remarkable condition for their age.

While asking everyone to contribute to the project, Walt's memo also instructs his staff to keep their “ears open” for a voice for his new creation. “Also please try to come up with a “Voice” for MICKEY,” Walt asks in his script note. The memo portion of the draft includes studio phone extensions for Walt, his brother Roy, Ub Iwerks and the camera, ink and paint departments.

The discovery of the first sketch and script is almost as remarkable as the historic draft itself. The present and anonymous owner found the item among a diverse collection of animation art in the summer of 1981. Unsure of what it was, but attracted by its age and depiction of the world's most famous mouse, he negotiated for its purchase. That led him on a 36-year journey to authenticate the item. But the story does not end there. The owner placed the draft in a safety deposit box at a small bank which ultimately went out of business in the 1990's. That resulted in the owner attempting to recover the items in his bank box but those efforts were unsuccessful. With the bank long gone and fearing the property was lost, the quest was abandoned. Until the summer of 2009 when the State of California, Unclaimed Property Division, notified him of the reclamation of the safety deposit box. With ownership verified, the property, including the “Steamboat Willie” draft was reunited with its owner, 24 years after it was lost.

That led to a chance encounter with David Iwerks who spent more than a year-and-a-half working with the document, examining all the pages from every aspect and applying his knowledge of his father's style as well as what he knew of the history of that time. David validated that the draft was undeniably the work of his father.

Stark said that David “spent a considerable amount of time examining all the pages of the draft from every aspect, applying his first-hand knowledge of his father's artistic style and thinking.” Stark adds that David Iwerks' conclusion was definitive and the draft and its drawings are unquestionably authentic.

According to S/R Labs' Juliann Stark, the owner “beginning to feel the weight of its importance, he realized it was too much for him to own,” and that led to his decision to part with his prized possession.

The draft and its supporting documents will be available for viewing by qualified bidders at S/R Labs by appointment. 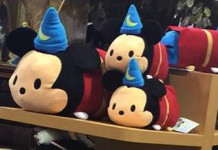