Tonight marked the first official Cast preview of Rivers of Light at Disney's Animal Kingdom. As you may be aware, the show has seen its fair share of troubles after it missed its previously announced April debut date. While the show seems to have finally pulled together some seven months later, there are reports that the show did stop at least once for a technical issue.

Regardless, the Cast Members (as well as their invited friends and family) who attended seem to have enjoyed the show to varying degrees. Here are a few tweets featuring some first impressions:

First review of rivers of light folks, ready here it is👇
ROL is an amazing great technical marvel, but its really boring, but worth the wait

Not sure if I got chills bc of how good Rivers of Light was or bc of how cold it is outside. Regardless, the show was really good and

Rivers of Light is a beautiful beautiful show that I look forward to seeing again.

Rivers of Light fits DAK in the way that RoE fits Epcot. It is subtle, beautiful and above all, impressive.

Others were a little less enthusiastic:

First impressions of Rivers of Light: nice show but I was expecting more. Hopefully this is not the final product.

The music in Rivers of Light is amazing, though!

And some poked fun at the entire situation:

To sum up reviews of Rivers of Light.
Diz fan blogger sites: OMG best show ever
All other normal people: 😔meh
Would u expect anything else😜

(click the hashtag on that one for more fun)

Disney has yet to announce an official opening date for the show, but, with Cast previews starting, hopefully it will start its public run before the year's end. 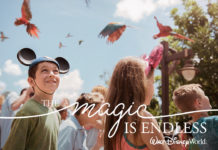 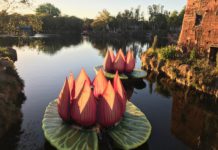 Rivers of Light Show Review: How This New Production Fits into Animal Kingdom 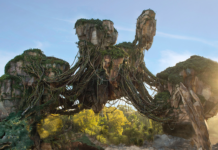