Kion and his friends are back in their third DVD release with The Lion Guard: Life in the Pride Lands. This new release compiles five episodes from the Disney Junior series along with a handful of bonus features. Plus, in the tradition of recent Disney Junior DVDs, there’s a physical bonus for kids to get excited about.

The disc begins with “The Rise of Makku,” in which a crocodile bully invades hippo country, creating chaos throughout the Pride Lands when other animals are displaced in a chain reaction. With some wisdom from the spirit of Mufasa, Kion and the Lion Guard work to find a peaceful way to solve the problem.

During “The Kupatana Celebration,” Simba teaches Kion that all animals are welcome to participate in the holiday. But after rescuing a lost jackal pup, Kion gets tricked into letting the Pride Lands get overrun by jackals.

When King Simba and Bunga get trapped in a cave, they will have to get over each other’s differences in “Bunga and the King.” They discover that they’re more alike than they think when they both remember the lessons that Timon and Pumba taught them. This episode features the song “Hakuna Matata.”

While trying to save his mother Nala from hyenas, Kion accidentally hurts her with his roar. When his roar gets out of control, he vows to “Never Roar Again,” so the Lion Guard has to convince Kion that his roar is too important to lose.

When Beshte happens upon a rare okapi on the Pride Lands, he convinces the scared creature that he’s safe from leopards there. But when his friends don’t believe him, they think he has an imaginary friend in “The Imaginary Okapi.” But when a leopard shows up in the Pride Lands, they will have to find and help the elusive creature.

In addition to the bonus features on this disc, there is also a physical bonus in the package. Advertised as “5 Free Wristbands,” there is one of every color representing each member of the Lion Guard. Similar to the popular Livestrong bands, the colors are red for Kon, purple for Fuli, orange for Bunga, green for Beshte, and blue for Ono. They come wrapped around a cardboard insert sealed in plastic wrapping.

The Lion Guard: Life in the Pride Lands is in a standard-sized black DVD case, which comes with a foil embossed slipcover in the initial pressing. Inserts include the bonus wristbands wrapped around a sturdy card, a code for 100 points through Disney Movie Rewards, and a flier for Disney Movie Club.

This DVD is uses Disney’s Fast-Play feature, which allows parents to pop in the disc and walk away without waiting for a menu to load. If you let it run its course, it plays an ad for Disneynature Born in China before the five episodes. When the main program ends, it plays all of the bonus features before ending with the main menu.

The Lion Guard: Life in the Pride Lands offers 2 hours of Pride Lands fun at an affordable price and with bonus wristbands so kids can celebrate one of their favorite shows everywhere they go. The Lion Guard has only increased in popularity since its premiere and offers great lessons and values in an entertaining way. And if nothing else, it serves to get kids more interested in one of Disney’s greatest animated classics, The Lion King. 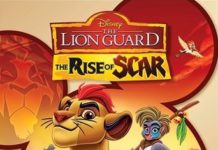 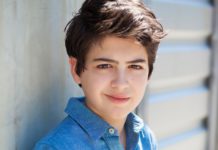