I've never lost my interest in coloring and was very excited when "adult coloring books" became a thing. I was even more excited when Disney got into the game with their Art of Coloring book series. So when the new app Color by Disney was announced, I was ready to play.

A few notes about the app to be up front. It's free to download and comes with four images and limited colors that you can use. But if you want to unlock all of the color and gradient options and all of the images, you need to pay for a subscription. This is where the app shoots itself in the foot, because an Art of Coloring book is typically no more than $15 and colored pencils are inexpensive, unless you're springing for some very fancy materials. There is a 7-day free trial so you can explore all of the features free of charge, but beyond that you have the following options:

Compared to the cost of any of Disney's adult coloring books, this is a far more expensive product. This is likely the reason the app has a 2-star rating in the App Store and I hope Disney will correct this poor decision by switching to a model where users can buy pages by theme, which comes with the relevant colors. And in order to compete with the books currently available, they should attempt to undercut the price. And now onto the actual functionality. It's a fairly child-like tap-to-fill method where you select a color, touch a blank space, and the app does all the work for you. That's a nice option, but it also limits your artistic abilities, particularly in the intricate mandala-type patterns. One of the app's greatest faults is that there are plenty of these types of images, but it doesn't always sense the space correctly. For example, you have a busy patter with repeating spades and you intend to make all of them light blue with the surrounding areas a darker shade. It will accidentally make one of the spades the darker color and you have no control to fix that mistake (other than to try and contact the developers with a complaint and hope they fix it).

However, there are some pros to the app. It boasts more than 500 images to color and since it launched, they've been readily adding new pages weekly by theme. This past week celebrated love just in time for Valentine's Day. There is also a wide spectrum of colors and I've yet to find a scenario where there wasn't a shade that satisfied my creativity. And the gradient patterns are nice, allowing you to make it look like colored pencil, crayon, or watercolor, however that last option looks just awful. There are also other options, such as turning it into a brick pattern, making it look metallic, or adding glitter.

Color by Disney has a lot of promise and potential that sadly isn't executed correctly. In order for Disney to make the app truly successful, I recommend adding theme packs for purchase at affordable prices in addition to the subscription option. On the developer side, give users more creativity by allowing a finger or stylus to decide where the colors go instead of/in addition to the touch-to-fill method. If Disney is able to accomplish this, they will have a thoroughly winning app. But until that time, it's a very flawed product and I have to agree with the user consensus. 2 out of 5 stars, which is a shame. 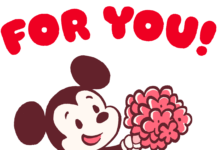