It is with greatest pride and deepest pleasure that we welcome you today, to our 4th Annual Mouse Madness competition. After crowning The Mighty Ducks as the Best of Disney Sports in 2015, coronating Belle as the Best Disney Princess in 2015, and naming "There's a Great Big Beautiful Tomorrow" as the top Sherman Brothers song last year, this time around our competition pits extinct Disney attractions against each other to determine what ride, show, or parade Disney fans miss most. In case you weren't already aware, our own Cole Geryak has a weekly blog here on Laughing Place where he looks at various extinct Disney attractions, what they had to offer, and why they ultimately went away. With his advisement as well as input from the rest of the LP crew, we've whittled our list down to just 16 attractions — eight from the west and eight from the east — to face-off in this year's tournament. It should also be noted that, while a few of the attractions are still alive in another park, they are indeed extinct on their respective coast.

Without further ado, here are the 2017 Mouse Madness teams by region — Daily voting will begin Thursday, March 16th until a champion is crowned: Which of these beloved extinct Disney attractions will take it all? Find out and come back to vote everyday starting March 16th! 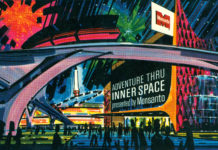 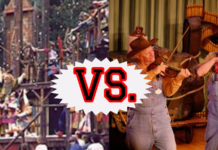 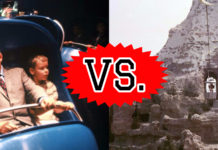