Star Wars Celebration 2017 was full of fun surprises for fans. Some were expected, such as a trailer for The Last Jedi, while others were so shocking that fans were in disbelief. After four solid days at the Orange County Convention Center in Orlando, it’s time to look back at the biggest and most unexpected surprises of the entire event, counting backwards.

During a presentation called "The Heroines of Star Wars" that focused on the saga’s strong female characters, Daisy Ridley made an unscheduled appearance to discuss what Rey means to a new generation of girls and also to reveal that she voices the character in two upcoming web shorts, part of the new Forces of Destiny series that highlights these female role models. The first short also made its exclusive debut at that panel and will appear online in July. Star Wars: Battlefront II is shaping up to be much better than the lackluster release from 2015. Not only does the gameplay look better, but there’s an actual single player plot this time around. The story bridges the gap between Return of the Jedi and The Force Awakens, centering on an Empire hero named Idin Versio. Star Wars fans who aren’t gamers can also learn her story in a tie-in book called Inferno Squad set to release in July. Celebration 2017 opened with the 40th Anniversary of Star Wars presentation and while there were rumors that George Lucas might attend, nothing was confirmed (he has been very absent from the Star Wars scene since Disney acquired the franchise). Not only did he show up, but he stayed on stage for the majority of the presentation. And when Harrison Ford made his inaugural Celebration appearance, fans were in disbelief. There weren’t rumors or even murmurs that he might attend as the actor is notable for not wanting much to do with this universe, so it felt like it came out of left field. It was great having the creator and original bad boy of the saga join fans to celebrate four decades of the force. At Celebration 2015, J.J. Abrams and Kathleen Kennedy bought pizza for fans camping out overnight for The Force Awakens presentation and fans were jokingly hoping for a similar offering this year. But director Rian Johnson made it a little more personal, spending hours walking through the queue in the middle of the night, meeting fans and signing autographs. It certainly made sleeping on a cold concrete floor more special and fans will remember that forever. During the Disney Parks panel, a lot of cool blue-sky concepts were revealed for Star Wars Land. But fans yearning to know more about the upcoming film, The Last Jedi, and its new worlds got a small taste when it was revealed that an update to Star Tours will bring a new planet to life, the mineral mining world of Crait. One piece of concept art was revealed, and fans instantly went back to analyze the trailer and try to guess what kind of adventure guests will go on when the attraction adds Crait to its lineup of destinations.

Mark Hamill’s tribute to Carrie Fisher was an advertised event and fans camped out overnight to get a much-coveted wristband to see it. However, there was a moment that came as a genuine surprise and made many fans shed tears. Hamill’s tribute was mostly happy, remembering how lively and funny Fisher was. But when he revealed that sharing stories of Carrie Fisher was part of his grieving process and that he needed this moment to help him move on, many fans felt his pain and couldn’t help but shed tears on the floor of the Celebration Stage. All in attendance truly felt one with the force.

At the end of the Star Wars Rebels panel, Dave Filoni revealed that season 4 will be the final season and the audience was shocked. He stated that these character arcs are coming close to the events of Rogue One and the series can’t continue past that. He also reflected on the way The Clone Wars ended abruptly and didn’t give him the chance to wrap up the stories in a satisfying way. He wanted to be able to end Rebels on his own terms and promised that a new series is in the works. What was your favorite surprise? Do you think we missed any? Let us know in the comments section. And until next time, may the force be with you. 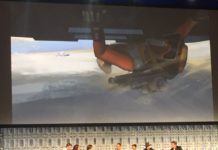 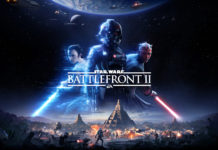 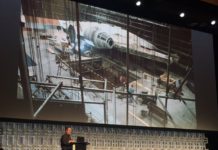