As has become customary in the past several months, Disney Calfornia Adventure is once again giving fans an exclusive sneak peak at an upcoming Disney release. This time around, it's Pirates of the Caribbean: Dead Men Tell No Tales taking over the Sunset Showcase Theater (former home of Muppet*Vision 3D), where you can catch an extended look at the highly anticipated sequel and even check out some costumes from the film. While walking through Hollywood Land at DCA, you may notice banner promoting the preview lining the sidewalks:

Like with previous sneek peeks, this one makes use of some of the 4D effects the theatre is equipped with: Once inside, you'll find displays featuring costumes from the film:

Back on the outside, as you drop off your 3D glasses, you can spot multiple character posters in the cases that line the exterior walk way:

The 3D sneak peek is now open at Disney California Adventure while a 2D version is currently screening at One Man's Dream in Disney's Hollywood Studios. Pirates of the Caribbean: Dead Men Tell No Tales sails into theatres May 26th. 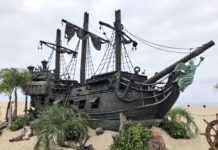 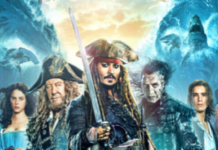 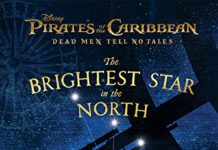 Book Review: Brightest Star in the North (Pirates of the Caribbean: Dead Men Tell No Tales)