One of the reasons I love ABC's Once Upon a Time is because of the flashbacks that provide twists on classic fairy tales via the Enchanted Forest. In her second book based on the hit series, author Wendy Tolliver explores the show's most iconic villains, The Evil Queen (Regina) and her evil mother, Cora. In Once Upon a Time: Regina Rising, we get to linger in Regina's youth just a little longer, finding her right before she began her path to darkness.

Sixteen-year-old Regina hates how her mother uses magic to control her and yearns to escape her forced destiny of becoming queen. When a girl her age named Claire arrives in town to live with her uncle, Regina finds her first true friend. Claire provides Regina with a confidant and a kindred spirit to help her forget the harsh realities of her life, but under Cora's watchful eye all good things must come to an end.

Tolliver has a lot of fun playing in the Once Upon a Time sandbox. Unlike her previous book about Red Riding Hood (Red's Untold Tale), Regina Rising incorporates quite a few other characters from the series, even if just for a quick reference or an honorable mention. Since Regina is innocent and not yet corrupted, the true villain here is Cora.

While the series has shown us how Cora rose to power and learned magic, we've only seen a few glimpses of how she used it to control young Regina. The reality of Regina's upbringing is sad and Tolliver brilliantly leads the innocent teenager to a place of such heartache and misery that you can easily connect the dots between the sweet Regina in this novel and the cruel Evil Queen she grew up to be. The book also traces the inspiration behind some of her most iconic uses of magic, from mirrors and hearts to apples. The seeds of Regina's most brilliant inventions are all laid out here.

If I have one criticism of this book, it's that it introduces Regina to another character from the series for the first time, but the series already displayed their first meeting, which took place later in the timeline and contradicts this first encounter. However, if there's just one continuity issue on a book based on a longstanding series with almost six seasons under its belt, then that's pretty impressive. And the book's biggest strength is that all of the character's feel exactly as they would be on the show. Nobody acts out of character and you can easily picture Lana Parrilla and Barbara Hershey bringing this story to life on screen.

This original story is memorable and makes a great companion to the series. If Regina or Cora are among your favorite characters, you'll appreciate the depth this tale adds to both of their characters. While aimed at a teenage audience, adult fans of the series will have no problem getting caught in the magic of this tale.

It's fun to cuddle up in a cozy chair and spend a few extra hours in the Enchanted Forest without flipping forward in time to Storybrook. I greatly enjoyed Once Upon a Time: Regina Rising and feel that it's the better of the two Once Upon a Time tie-in novels. I would love to see Wendy Tolliver create another tale based on the series and am keeping my fingers crossed for a Rumplestiltskin story next time. 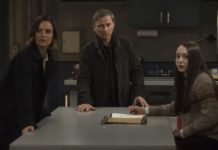 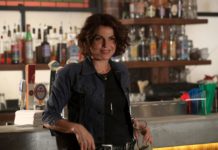