Nearly a year and a half after the final episode of Galavant aired, Hollywood Records is ready to fuel fans hunger with a third soundtrack. The previous two releases collected the majority of music from seasons one and two respectively, but there were a few sacrifices in the process. Galavant: The Unreleased Collection includes everything (and I mean everything) that was left off so fans can at last complete their quest to own every piece of music from this hilarious musical series.

The majority of the twenty tracks are reprises with runtimes of less than a minute. And of them, seven are variations on "Galavant," the opening number from episode one and series theme song. Reprises of "Togetherness," "I Love You (As Much As Anyone Like Me Could Love Anyone)," "A New Season," "World's Best Kiss," "My Dragon Pal and Me," and "I Was There" (a singular version of "He Was There").

The main reason fans will be excited to complete their collection are for the six previously unreleased tracks from the series, all of which were left off the soundtrack from season one. Below is a breakdown of each:

Compared to the previous two soundtracks, which came close to an hour in runtime, this one is nearly half the length. However, I do believe this is everything that was left off those previously releases, so Galavant: The Unreleased Collection is truly the final release in the Galavant soundtrack collection. But just in case you aren't already sold, there are two demos of songs that never made it into the series.

"Manlyology" is a song about how to man-up with the actual cast members on vocals, but temporary digital instruments. With where it's placed on the set, it must have took place early in season one. My favorite song on the entire release though is "Your Mother is a Whore" with demo vocals by Alan Menken. This hilarious ditty is full of bleeped out insults and the only reason it wasn't in the series is because it didn't make it past the sensors. It makes me wish that Netflix of Hulu would pick up a third season with no restrictions because Menken unhinged is truly something to behold and you can only hear it here ("Just... wow!").

I will admit that while I haven't revisited Galavant the series since it left the air, I have routinely gone back to the soundtracks, which are full of wonderful Menken melodies and hilarious Slater lyrics. You can finally complete your collection with Galavant: The Unreleased Collection to create the most epic Galavant playlist of all time. Even single song and reprise from the show is now available to you anytime you choose to hear it. "I'm telling ya, it's comedy gold!" 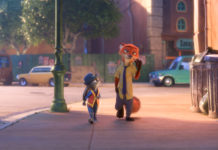 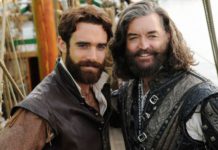 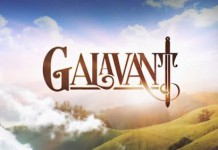 Why ABC’s Galavant and Agent Carter Deserve a Third Season