The highly anticipated sequel to Marvel Studios’ Guardians of the Galaxy proved that lightning really can strike twice. Vol. 2 reunites audiences with the Milano crew for another fun adventure. And with well defined characters, this second outing opts for a deeper story while still providing a ton of laughs.

Peter Quill never knew his father, raised by the ravager Yondu until he made a name for himself as Yondu. But when his birth father finds him in the far reaches of the galaxy, it almost seems too good to be true… because it is.

Disney Legend Kurt Russell makes his Marvel Cinematic Universe debut as Ego, Peter’s father. It’s a juicy role and an intriguing character, but most importantly the father/son relationship between him and Chris Pratt offers some unique chemistry that is often missing from these types of films.

Karen Gillan returns as Nebula, sister of Gamora (Zoe Saldana), and their relationship offers an equally compelling story evolution. As the adopted daughters of Thanos, who plays a key role in Infinity Wars, I expect their journey in this film to become increasingly relevant in Phase Three. Both actresses are incredibly skilled and their story is a perfect example of why the Guardians of the Galaxy films are so compelling to audiences around the world.

Drax gets more character development this time around as well, but the constant scene-stealer is Baby Groot. Whether he’s dancing in the background, eating space candy, or pushing the wrong buttons, every time he’s on screen is a memorable delight. With witty dialogue, an intriguing story, and more Baby Groot than your heart can possibly handle, I found Guardians of the Galaxy Vol. 2 to be the better of the two films so far.

Arriving on home video in a Blu-Ray/DVD/Digital combo pack, Guardians of the Galaxy Vol. 2 is now available for you to bring home to watch again and again. This review covers the details of the Combo Pack. Fans should also note that this marks Disney’s first venture into 4K home video releases. And 3D fans can find this film in multiple dimensions as a Best Buy exclusive paired with the 4K release.

Vol. 2 looks stunning on Blu-Ray, as it should. The color spectrum used in this film is so vivid and lush and each frame becomes a work of art in HD. Details are crisp and clear, a perfect example is Drax’s perforated tattoos.

The 7.1 DTS HD-MA audio mix makes ample use of the subwoofer, but seems to have some balance issues. Dialogue is consistently quiet while effects are boosted too high. It’s a dynamic mix, but if you can’t hear the actor’s over the explosions, then you’ve got some problems.

Guardians of the Galaxy Vol. 2 comes in a standard Blu-Ray case with disc holders on both sides of the interior. The only insert is a sealed card, which contains a code that allows you to redeem your digital copy and receive 150 points through Disney Movie Rewards. The case comes in a foil embossed slipcover for a limited time.

Both discs open with an ad for Thor: Ragnarok. Clicking “Sneak Peeks” plays additional ads for two video games, Guardians of the Galaxy: The Telltale Series and Marvel Vs. Capcom Infinite.

Guardians of the Galaxy Vol. 2 offers more hilarious antics than the first film, plus a more compelling story. The dynamic relationships between Peter Quill and his father and sisters Gamora and Nebula will stick with you and help you further connect with these fantastic characters. The Blu-Ray offers some insightful and fun bonus features plus some amazing visuals. 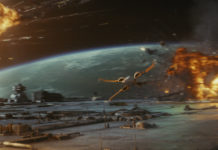 7 of 10 on Oscars VFX Shortlist Have Disney / Fox Connections 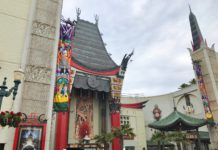 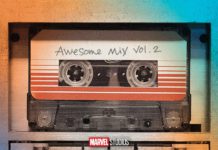