To anyone who has ever heard the name Richard Dreyfuss, they immediately think Jaws and Close Encounters of the Third Kind. His work is varied, and his acting skill transcends a mechanical shark and aliens. To Disney fans, Richard Dreyfuss is synonymous with a birth of a new kind of Disney movie. Following the hiring of Michael Eisner and Frank Wells in 1984, Walt Disney Pictures established a new studio label, Touchstone, to create more adult themed movies. Starting in 1986, Dreyfuss appeared in Touchstone’s low budget hit movie Down and Out in Beverly Hills, and followed that up the next year with Stakeout, another successful low budget hit for the new Disney label.

1991 brought Dreyfuss together with Bill Murray in the Frank Oz directed comedy What About Bob from Touchstone Pictures. He reteamed with Touchstone again for the sequel to Stakeout, Another Stakeout in 1993, and to cap of the decade of Dreyfuss, he starred in 1995’s Mr. Holland’s Opus, for the Disney label Hollywood Pictures. This role would land him an Oscar nomination for his role as Glen Holland, the musician who learns he is a really good music teacher.

As the panel started a short video was played showcasing the major roles of the lengthy career Dreyfuss has had. Only his parts in What About Bob and Mr. Holland’s Opus made the cut. To the stage he came, where he started in on a 10-minute monologue about the importance of teaching civics in the United States. Through his TheDreyfussInitiative.org he is trying to put civics education on the forefront of the American education system.

To his dismay, one never discussed a budget for schooling, you paid whatever it took in order to educate. Dreyfuss stated that he is committed to the greatness that America stands for, as it is laid out in the preamble of the American Constitution. Though he was speaking to a majority of Canadians, his faith in the strength of democracy and empowering people with knowledge about their role in their country is something that anyone can support. Once Dreyfuss was done, the moderator in jest said, “now I am going to attempt the most difficult pivot of my life,” and brought the discussion around to Dreyfusses film work. When talking about his work with Spielberg, Dreyfuss had nothing but praise. To Dreyfuss, Spielberg is a master storyteller. Dreyfuss would know having worked with him three times on movies in three separate genres.

When asked about his role in What About Bob, he was less kind about his thoughts on costar Bill Murray. Suffice it to say, Richard Dreyfuss does not like Bill Murray. He envied Murray’s golf game, his ability to make him laugh, and disliked him for other reasons.

His experience in the film business has had its share of ups and downs, from winning an Oscar for The Goodbye Girl, to as he says, “making and losing a fortune.” But throughout the whole panel, Dreyfuss was engaging and took all manner of questions. He did remark to the audience that he has a rule: if you ask him a question he never heard before then he will pay you $10, but if he has heard it you owe him $10. “So far I’m way ahead.” That brought a chorus of cheers and applause from the packed theatre.

For Richard Dreyfuss, the idea of entertaining people and making them laugh is the best thing. He conveyed his love of acting to the audience and went on to express how acting is the only time in life when everything is based on pretense. The actors pretend that they are this imaginary person, while the audience pretends to think that what they are seeing is real life and not some organized show. He never knew whether his movies would be a success. He thought Jaws would sink at the box office like a stone, while he had the best time filming Another Stakeout with Rosie O’Donnell. “We had so much fun making that movie, and when it came time for the press junkets, we learned the critics didn’t think it was as funny as we thought it was. I was shocked,” he said.

Throughout the panel, I couldn’t help but notice that Dreyfuss emanates a love of performance, and it makes me want to revisit his Disney contributions.

When someone stops him on the street and says thank you; to him, that is the greatest compliment. Well, thank you, Richard Dreyfuss, for an entertaining panel, and a legendary body of work. 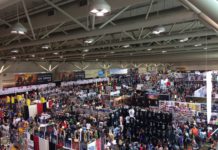 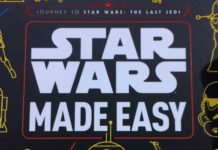