The words "Ink & Paint" instantly bring to mind jars or brightly colored paint on a shelf and a room full of beautiful women in lab coats at Walt Disney Studios in the golden age of animation. This is largely thanks to a famous scene in the Disney film The Reluctant Dragon and while that imagery isn't exactly incorrect, it does undermine the talent and significance this department brought to the medium of animation. An untold chapter in Disney history finally sees the light of day in the new book Ink & Paint: The Women of Walt Disney's Animation by Mindy Johnson.

When I say this is a Disney history book, what I really mean is that this is a Disney history textbook. Not including the appendix, there's 363 detailed pages with a few supporting images, but in terms of weight and text, this could easily be the source for an entire semester course on women in animation. By purchasing this textbook, readers will receive a master class in animation history and Johnson's research is exhaustive. If any accomplishment or anecdote is left out, it's not for lack of trying and I imagine this was the result of a lifetime of painstaking research.

I greatly appreciated the introductory chapter, which sets the tone for women in the workforce leading up to the 1920's when the Disney Brothers went into business. This also includes a section about the women who were actively involved in Walt Disney's formative years. It really pays off later as you come to the realization that Walt was progressive on a great many things, including women's rights at a time where they were few. The Ink & Paint department, and the specifics of this artistry, are at the core of this book. However, it also highlights other women that played key roles in any capacity at the studio. I was surprised to learn how many of the Ink & Paint girls ended up becoming animators, despite the fact that they rarely received a screen credit, and other famous animators weigh in on their feminine colleagues.

Told in chronological order by decade, readers will watch the art of animation elevate to new heights and credit is finally given to the ink & paint department for making it possible. You gain a deep appreciation for the art of inking, which was such a delicate medium that women had to softly shuffle through the halls to make sure they didn't cause vibrations, which would create wavy lines. Painting, while viewed as a less specialized role, was also a challenging line of work and if you weren't good enough, there was a line of girls out the front door waiting to take your place... and a few men, too. And while many of the technical advancements in animation were made by men at the Disney studio, there were women in Ink & Paint who figured out which types of paint would apply to celluloid when technicolor was introduced, as well as a system of mixing and maintaining their own in-house paint lab and color coding system.

The bulk of the book takes place during Walt's time, although it also fills in the rest of the story from Walt's passing through The Little Mermaid, the last film to use a painting department, and into the digital present. The book is full of anecdotal stories about life at the studio, not just for women but even some about men, too. There are a few charming Walt stories I had never heard before, like the one where a dog followed him into the studio coffee shop. As progressive as Walt and his studio were towards women, these were also sexist times and there are some powerful messages about the glass ceiling and the struggles these artists faced to break through. You'll also learn which legendary animators were told, via public bulletin at the studio, to stay away from the Ink & Paint department because they were too boisterous. And there's an interesting parallel between the earliest days at Hyperion when a coed holiday party lasted for days compared to the more formal Burbank studio where the Ink & Paint department had to have their own parties just for them, without any men who weren't in that department.

The World War II years are particularly interesting, where women were able to branch out into other areas of studio operations and were quite talented at it. You feel their heartache as the war ends, the men come back, and they are demoted back to where they started solely by virtue of their gender. And when the Xerox process comes in, you will feel the heartache of these artists who became computer technicians overnight. There are so many interesting stories in this book and I could go on and on about it.

I wish I could say that this book is purely a look back at a time where men didn't know any better, but this is 2017. However, it does paint an inspiring picture about how the world can and will change. Things will get better, and Ink & Paint: The Women of Walt Disney's Animation is proof. I highly recommend this book not only to fans of Disney animation and Disney history buffs, but also to women who need some inspiration in these trying times. 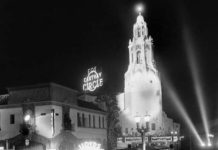 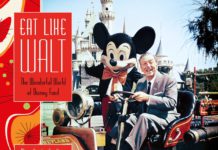