I haven't really talked about my love of Club Mickey Mouse on LP yet, so let's get some stuff out of the way. The day the theme song was released in all its glory was the day I returned from evacuating for Irma. It was a very joyous day, knowing that my family wasn't affected. We were going home to safety and everything in tact. Add all that to the fantastic CMM theme song I was quickly obsessed with, it grew into a great moment.

My CMM standom only grew as more tracks and videos were released. Do I listen to Generation M at least twice a week? Do I follow all the Mouseketeers on social media? Do I shamelessly tweet Oh My Disney all the time in hopes of my them calling me to meet the Mouseketeers and host some talkback with them?

The season ended after 2 months and I was bummed beyond belief. It was too short! Bring them back to me! They must've heard my call and released a special holiday edition that had me jamming and gave me major 90s MMC vibes.

The whole crew killed it (those Leanne and Brianna solos tho!) and today they released a Disneyland-based video with them jamming to the song in the parks. It reminded me of this fabulous music video the 80s/90s MMC Mouseketeers made for the opening of Typhoon Lagoon. Moral of the story: It was delightful!

I'm really hoping we get more from the "Mickey Mouse Crew" in 2018. A Disney Channel show? Live performances at the parks? (I was there when they were the grand marshals at the Magic Kingdom and they appreciated my love of their theme song.) Me hosting something for them? (I CAN DREAM!)

All in all, if you haven't marathon-watched all of Club Mickey Mouse's stuff, you MUST. It fabulous and modern and still proud of being Disney (looking at you, season 7 of 90s MMC). Check them out! 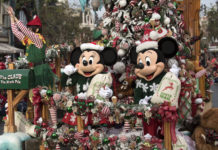 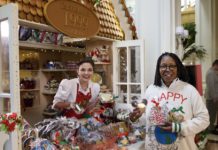 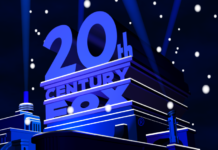 Getting to Know You: Fox’s Christmas Films