Borrow a page from Disney's hugely successful High School Musical franchise, combine it with the equally popular Thriller video from late superstar Michael Jackson and what you get is Disney Channel's next great made-for-television event ZOMBIES.

Disney's ZOMBIES is a music-and-dance-filled story set in the fictitious world of Seabrook, a cookie-cutter community brimming with perky conformity 50 years after a zombie apocalypse.

Disney Channel has been promoting the TV event for months and for co-writer David Light, he is quite content with the HSM meets Thriller comparison. “I love that,” Light tells me during our phone conversation from his home on the west coast. “That is what we are going for and I hope we can deliver on that,” the writer confides.

For Light and his writing partner Joseph Raso, who first teamed up in Columbia University's Graduate Film Division, the journey from concept to production on ZOMBIES was anything but easy. When the pair first embarked on writing the story seven years ago, their idea was much different that what audiences will experience on Disney Channel. “We wrote a musical for Nickelodeon,” Light adds. “The truth is, it was sort of an anti-musical which kind of made fun of the conventions of musicals,” admits Light. The original idea had a main character that would break out into song and dance when he would get anxious.

What started as a pilot for a sitcom was quickly rejected by Nickelodeon only to catch the mitted-glove of the Mouse House. Not completely interested in the original premise for the project, Light said it ignited a dialogue between the writing team and Disney. Light says “from that conversation, Disney came to us and said they had an idea.”

Not certain what Disney had in mind the duo thought they would be charged with a reboot of a franchise, or adapt a novel into a screenplay but Light says “it ended up being a title, just a title and that title was Zombies and Cheerleaders, and that was it. There was nothing else beyond that.” Light and Raso, who also serve as co-producers, say they “set out to build an improbable world from that title and created characters and stories” that served as the beginning of the process. Light likens that to a development mash-up where you take two unlikely universes and throw them together.

In the movie, while zombies pose no threat to the community, they are still required to live in an isolated, rundown part of Seabrook known as Zombietown. But when it is announced that zombies will finally be allowed to enroll in Seabrook High School, life will be forever changed for everyone.

ZOMBIES focuses on the star-crossed relationship between high school student Addison who dreams of being a cheerleader, the ultimate status in an image-conscious Seabrook and Zed, a charming, charismatic and determined zombie who seeks to play football for the Mighty Shrimp, a secondary school team that desperately needs a win. In getting to know Zed, Addison learns that zombies and cheerleaders aren't so different after all and that her community of Seabrook needs to value all of its citizens, not just those who rack up the touchdowns. In the end Zed and Addison show their town what they can achieve when they embrace their differences and celebrate what makes them a community.

Obsessed with animation and television while growing up in suburban Philadelphia, Light is not sure what is behind the zombie craze. “You know when we started working on the project in 2011, we were really smack in the middle of it. Walking Dead had launched and there were zombie happenings all around the world. People were getting together and doing zombie crawls on the street.”

Have they been able to answer the question about the zombie phenomenon? “We still wonder that question,” admits Light. “Zombies are like the least aspirational out there, they have a herd mentality, they are communal and lack individuality,” he observes. Even today the writer wonders what is it that draws people to the wonderful world of zombies. “And that was sort of one of the challenges,” he concedes in making zombies family-friendly.

For Light and his family, including 14-year-old and 11-year-old daughters and a 9-year-old son, they are all super-excited about seeing ZOMBIES on Disney Channel. “We have been living with it for so long and they have been my personal focus group through the process,” laughs the writer. “If they are any indication, they've been singing the music, dancing along and trying some of the more back-breaking stunts on our king-sized bed.” Just like with High School Musical, the success of the first movie may spell sequels for the franchise. “There's more to tell,” states Light.

“Our goal first and foremost was to create an exciting world and one that appeals to kids and one that kids can watch with their families,” notes Light. But the context of the movie is equally important Light confesses given the current climate of divisiveness and polarization. “Our hope is that this movie will help people be open-hearted and be curious about people and just foster more love and maybe heal some of the fractions that are out there.”

As for now Light is grateful to be in the moment, hoping that his monster-musical will serve as a catalyst and at least begin some conversation “and if it is not too much to ask to make the world a little better.”

ZOMBIES is directed by Paul Hoen, director of more than a dozen Disney Channel Original Movies including “Camp Rock 2” and “Jump In,” choreographed by Christopher Scott and Jeffrey Hornaday with music score by George S. Clinton. 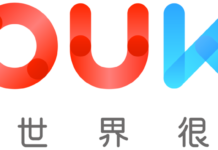