History was not my strong suit in school. I often found it too dry, too dull, and rarely ever had teachers passionate enough about it to make me care. What that means is that going into Bridge of Spies, I knew very little about the historical context of the Cold War. But I knew that it was directed by Steven Spielberg and that was enough to excite me.

Tom Hanks plays James B. Donovan, an insurance lawyer who is forced to do the right thing when the U.S. government assigns him to represent Rudolf Abel (Mark Rylance), a Russian spy caught by the CIA. When an American U2 pilot is captured by the USSR, Donovan is compelled to save as many lives as possible on a risky trip to East Berlin. Caught between the CIA, the USSR and the KGB, Donovan does everything within his power to save as many lives as possible.

Based on a true story, Bridge of Spies has excellent source material to work with. It’s already exciting on paper, but manages to be gripping on screen. Spielberg works his magic here and his casting choices are perfect. Tom Hanks is believable as Donovan, one of the most American characters ever on film. Mark Rylance’s approach to Abel is magnificent, imbuing the character with a likeability that takes you by surprise. While the film already has Oscar buzz, it would be a great upset if he didn’t get a Best Supporting Actor nomination. And Amy Ryan plays a perfect partner for Hanks, managing to be lovable and realistic all at once.

Bridge of Spies gets everything right, including the time period. The story starts in 1957 and everything feels historically accurate to the times, from the cars, fashion and architecture to the dialogue. On top of that, it reflects this time period in not one, but three countries (U.S.A, Russia and Germany). It takes you to Berlin at a very tumultuous time in history, which means morons like me learn a ton during this two-hour story. You can tell that a great deal of work went into creating the accurately detailed world and it all harmoniously blends into the story, coming off effortless on screen.

Even the music in Bridge of Spies is fantastic, with a wonderful score by Thomas Newman. Interestingly enough, the first 20-minutes has no music at all. Key suspense scenes that would normally require score to set the tone do so without a single note. A great example is the scene where Powers’ plane goes down. The tension and suspense are there on screen, you’re with the character and you feel it. But the creative choice here was to not use any music to heighten the mood and it almost feels more suspenseful as a result.

I can't recommend Bridge of Spies strongly enough. It's not a Disney-branded film, but instead comes from the distribution agreement that Disney has with Dreamworks Pictures. Many studios are featured before the film, including Twentieth Century Fox who co-financed the production and has international distribution rights. But you'd be doing yourself a disservice by not seeing it. It's an important film, not just for the history that is made real and exciting on screen, but for the message that every life matters.

I give Bridge of Spies 5 out of 5 stars. 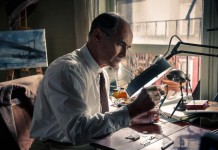 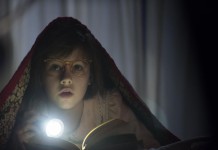 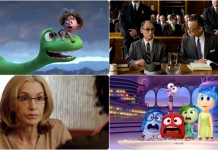