In the past year, there's been a lot of talk about diversity and equality in Hollywood. From the recent #OscarsSoWhite controversy to Jennifer Lawrence speaking out about equal pay, the roles that different types of actors get and how they're portrayed on screen and off has been a hot topic. Now one study has even found gender inequality in the Disney Animated Classic.

According to People Magazine and researchers Carmen Fought and Karen Eisenhauer, Disney has a checkered history when you look at how often females get to speak as opposed to men. Starting with their first film, Snow White and the Seven Dwarfs, the dialogue was split 50-50 between the sexes. However, Cinderella is 60-40 in favor of masculine dialogue while men take up 71% of the speaking time in Sleeping Beauty. The study also singles out films from the "Disney decade" such as The Little Mermaid that are far from even. Granted, the latter two films are about a princess who's asleep for a good chunk of the film and a mermaid who gives up her voice, however Eisenhauer suggests that the real problem isn't with the lead characters but with the supporting cast that may only have a few lines. She explains, "When you want to add a shopkeeper, that shopkeeper is a man. Or you add a guard, that guard is a man. I think that's just really ingrained in our culture." Similarly, Fought argues, "There are no women leading the townspeople to go against the Beast, no women bonding in the tavern together singing drinking songs, women giving each other directions or women inventing things. Everybody who's doing anything else, other than finding a husband in the movie, pretty much, is a male."

The study did also find that more recent Disney films have shown positive improvement and taken strides in diversity/equality. The Princess and the Frog, Tangled, and Brave (noted in their study but technically Pixar and not Disney) have a balanced male to female dialogue ratio — with Brave actually skewing 74% female. Additionally, in all of those films plus Frozen, female characters were twice as likely to receive a compliment that wasn't based on their looks.

While this study isn't exactly scientific and raises some questions (I guess Olaf is a snowman and not a snowwoman, but should that really count?), it is interesting to see how the share of dialogue breaks down. Overall it is good to see that Disney seems to be diversifying not only in their live-action films but in their animated productions as well. Now let's hope Judy Hopps gets a lot of lines in Zootopia! 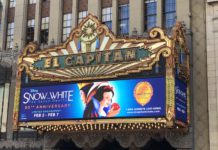