Welcome to Disney Extinct Attractions. My name is Cole, and I'll be your pilot on today's journey over the greatest state in the Union, California. (Ok, I may be a little biased on this one.)

This past week, Hurricane Irma hit Florida with Hurricane Jose potentially on its way next. From what I can tell, the storm didn't hit the state as hard as it could have, and most people (at least in Central Florida) seem to have stayed with all their possessions intact. I'm happy that everyone seems ok and that Disney World managed to stay safe, too.

Looking at pictures of the storm from above, it was pretty scary but also breathtaking to see how expansive the storm was. Most of these pictures were taken via different satellites, all of which made it into the sky through air transportation. 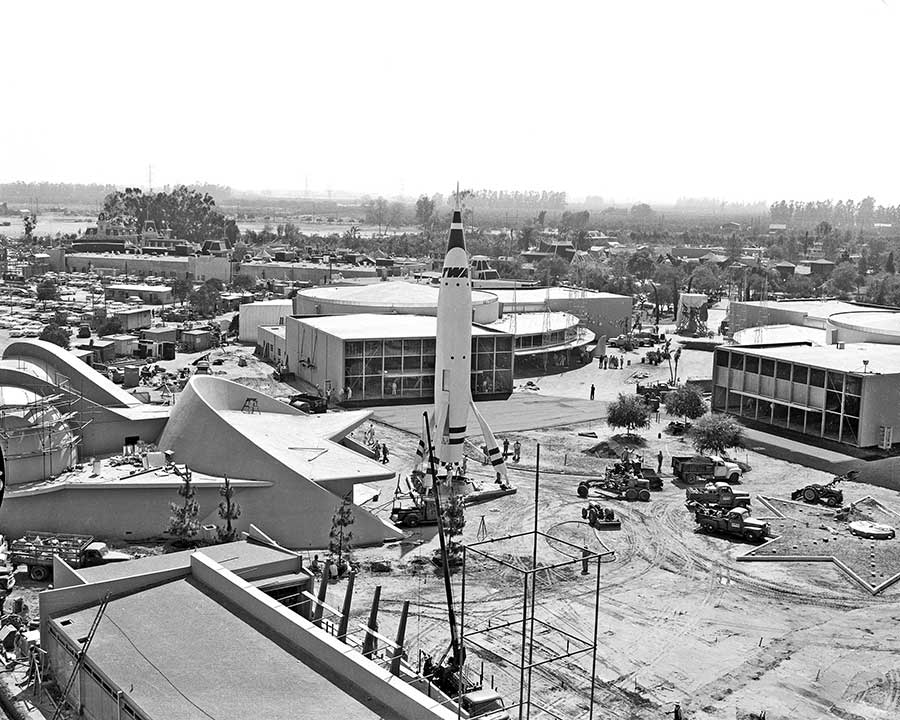 Always on the forefront of innovation, Walt had long been fascinated by different forms of transportation, with air flight always intriguing him. Just five days after Disneyland opened, Rocket to the Moon made its debut, simulating a trip to our nearest celestial neighbor. The attraction and its successor, Mission to Mars, remained Disney Parks staples until 1993, and by that time Delta Dreamflight was taking continuous trips through the history of air flight to keep the theme alive.

The Imagineers could sense the writing on the wall for the attraction, though, so in 1996, blue sky ideas for an attraction called Ultra Flight began. The attraction would take guests on a hang gliding experience over some of the landmarks of California since the resort did not have a successor to its air travel attraction like Florida did.

Disney was at a standstill of how they were going to actually physically create this ride system for Ultra Flight until Imagineer Mark Sumner came to work with an old Erector set and a mock up for a ride system that would allow for three levels of seats to load simultaneously before being sent into the air on a flying adventure. The seats would lift into ready position before an 80 foot, concave, 180-degree OMNIMAX screen to view a film stunningly projected in 4K (well, 4K when it was available and HD before that).

With the ride system in place, Disney was ready to bring the next incarnation of Disney aviation attractions to life in its newest park, Disney's California Adventure.

Soarin' Over California opened along with the park on February 8th, 2001 and quickly became the park's star attraction. Its ride system and beautiful projections were unlike anything ever seen before and it helped keep the fledgling park relevant.

I'm sure almost everyone reading this post has ridden Soarin' at some point in their life, so if you want to relive fond memories, just look below to take a journey over California.

Now, let me preface this part by saying that I absolutely love Soarin'. It is one of my favorite attractions of all time, and that love begins with how amazing the film looks. Every single shot is fantastic and takes my breath away. And when the smells were working and you went through the orange patch, it was an experience second to none.

But what really set the attraction apart to me was the score. I love Disney Parks music, and especially attraction music. Only Space Mountain in Disneyland's soundtrack can top the awesome music from Academy Award winner Jerry Goldsmith. It fits perfectly with every single shot in the attraction, truly taking guests to new heights. I could (and do) listen to it all the time because it just brings a huge smile to my face every time I hear it.

And what would we do without our chief flight attendant, Patrick Warburton? A Disney Legend in the making, Patrick brings his wry sense of humor to the preshow, and if his voice doesn't make you feel warm inside, I don't know what does.

Through the course of the attraction, you soar over the Golden Gate Bridge, Lake Tahoe, Downtown Los Angeles, and more, but the highlight has to be the finale where you zoom over Disneyland. This isn't just any Disneyland — it's Christmastime Disneyland, one of the most magical times to be in the park. Having fostered so many memories at Disneyland during that time of the year, the final scene always fills me with so much joy and gratefulness for this amazing park that I was in. 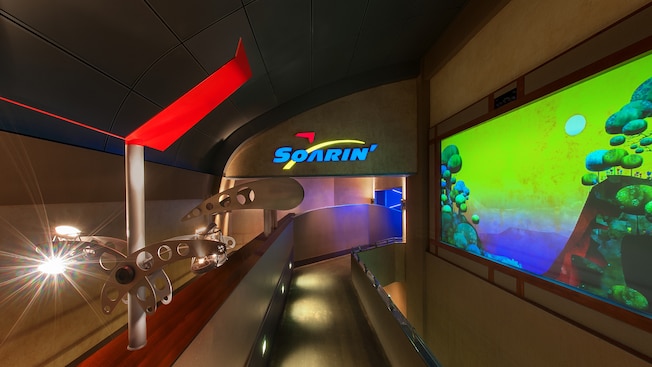 With rave reviews like that from everyone who rode it, there was no way California Adventure was going to be able to keep the attraction to itself. So on May 5th, 2005, Soarin' joined Epcot as part of the Happiest Homecoming on Earth Promotion. Replacing Food Rocks in the Land Pavilion, Soarin' quickly joined Test Track as the two most popular attractions in the park, both sporting near two-hour waits even today (though Frozen Ever After has entered the mix too).

In fact, the demand for Soarin' was so high in Florida that they added a third theater to help curb the lines. From what I can tell, the third theater has done wonders because the line never seems as long as it used to be. And for those guests waiting in line, they now have a lot more to forward to because of the addition of an interactive queue where guests can play games while they wait.

Eventually, rumors that had been floating around for years came true, and it was announced that Soarin' Over California was going to transform into Soarin' Around the World. In conjunction with the attraction's opening in Shanghai Disneyland, the versions in California Adventure and Epcot would also be making the change to this new imagining on the classic attraction, with the Over California versions closing on June 15th, 2016 and June 16th, 2016, respectively. While I love Soarin' Over California, I was still very excited to see this updated version of the attraction, and I was not disappointed. (Though, there are many who would disagree with me.)

But the Disney Parks are a place of change, and California was a very narrow theme for an attraction of such grand magnitude. Ultimately, Disney made the move that was best for the attraction, plus the preshow is the same with Patrick in the mix, so it can't be all bad.

So now that we've moved from California to the entire world, let's take a quick glance at what's coming up next week.

I hope you enjoyed this week's look back at one of my favorite attractions of all time. Sure, it's not radically different than its successor, but I've wanted to talk about it for a while now, so here you go. 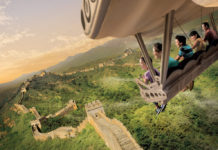 Soarin’ Around the World: From California to Shanghai 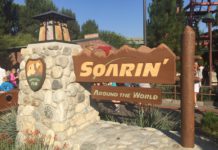 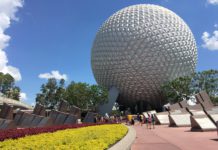